Getting Medieval - The Cloisters 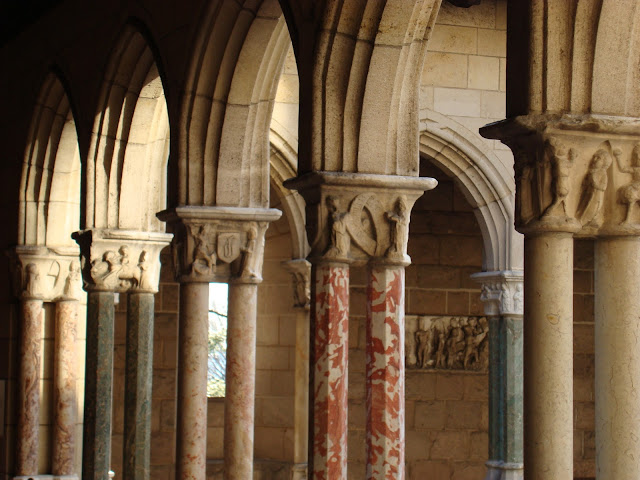 So far, February has been about as pleasant and mild as a day in April. The spring flowers are about as confused as we are. On a particularly bright, warm day last week, I made an afternoon trip to the Cloisters Museum far up in Manhattan’s most northwestern corner. It is an extension of Midtown’s Metropolitan Museum of Art, housing the main collection’s spillover of Medieval art. The area boasts breezy views of the Hudson and the cliffs of the Palisades on the New Jersey side. 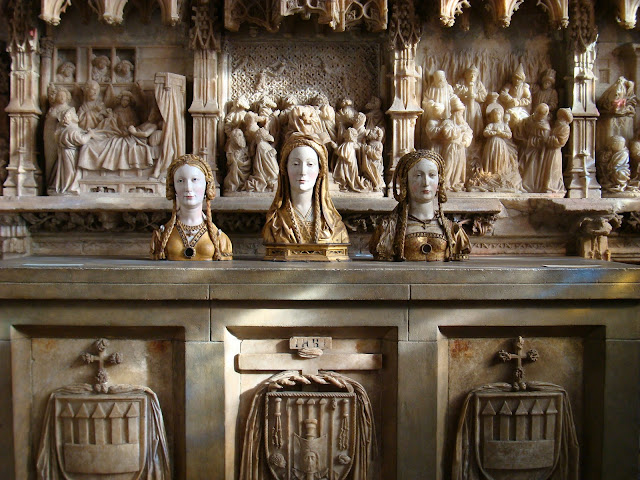 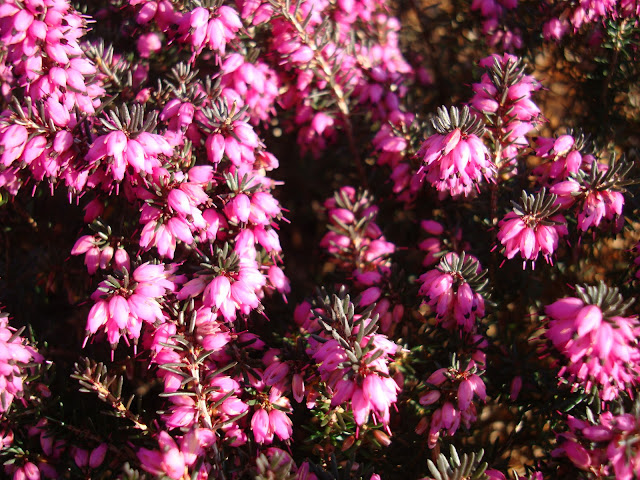 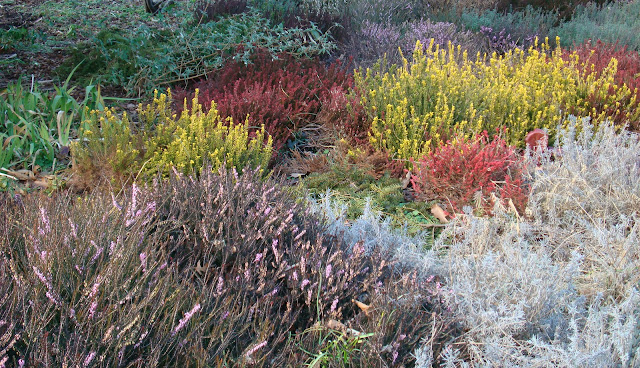 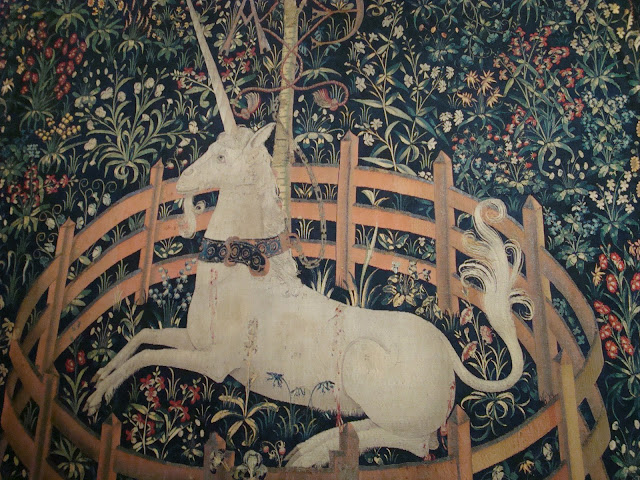 One room displays a series of seven tapestries chronicling the hunt and capture of a unicorn. The image above, The Unicorn in Captivity, is probably the museum's most famous image. As I looked around the room, the woven pieces appeared to become increasingly violent and somewhat sad. I felt for this poor creature. As I learned by eavesdropping on the three o'clock tour, the horn of the unicorn was highly sought after in Medieval stories because the possession of its horn was thought to remedy any potential poison in one's wine. The fear and suspicion of being poisoned in these times must have been pretty high - this is also the storied origin of the tradition of clinking glasses during a toast. Each person holding a cup of wine was to tip a little of his/her beverage into the other's so that if poison were a possibility by the other party, each would then have the poison and be expected to drink. 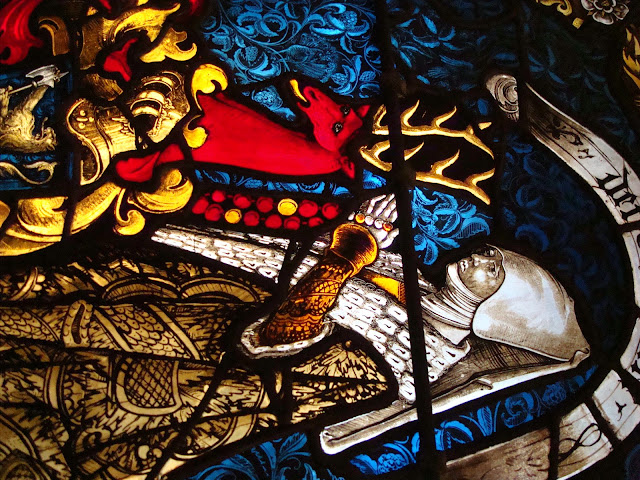 It’s been a while since I have revisited my “early”artistic roots for my graduate thesis when I studied the relationship between modern art and Byzantine art with a focus on Matisse and Picasso. I was particularly interested in seeing some stained glass and illuminated manuscripts from Spain that I studied many years ago. Walking around the museum’s enclosed herb gardens and having its corridors practically to myself made for a really spectacular day.