April Showers - Variations On A Theme 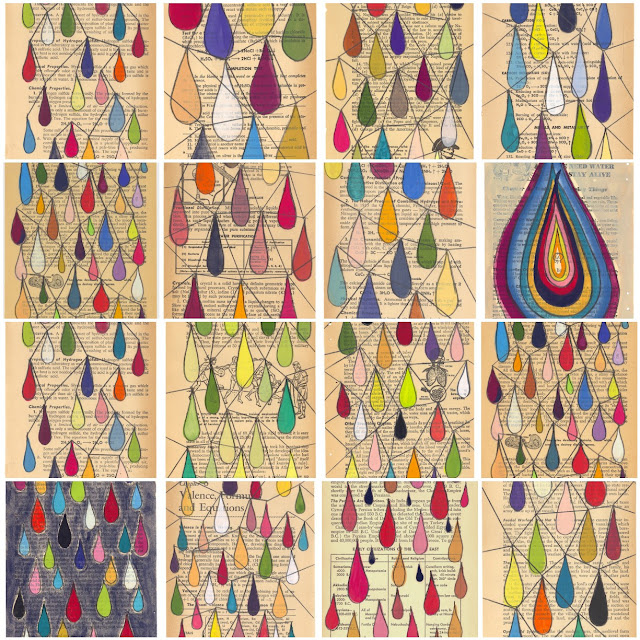 She always liked the rain. Its sound comforted her ever since she would watch the bold summer storms roll through her small town while sitting on the porch swing with her father. Even when there was a sudden thunder clap and lightning, there was a soothing silence in its power. Now, in the big city, raindrops still have a certain strength in bringing the incessant buzz to a standstill - a constant reminder of nature’s presence amidst all of this harsh vertical concrete. - Raindrop original artwork and prints available in my online store.

On this last day of April, wishing you nothing but May flowers! 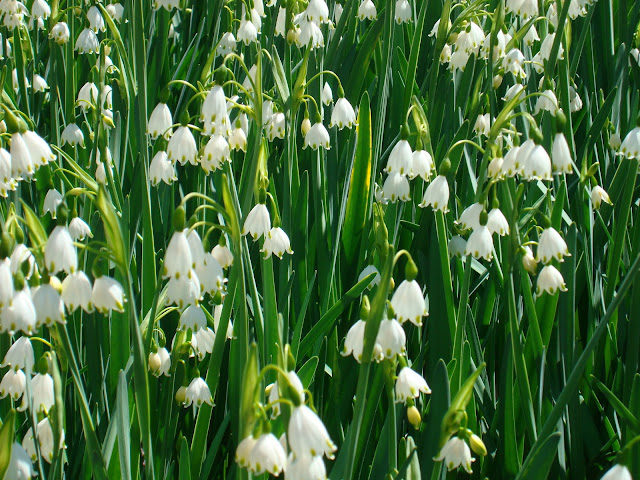 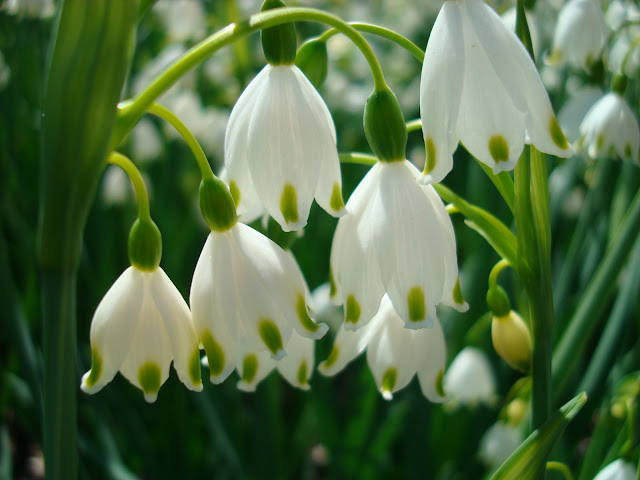 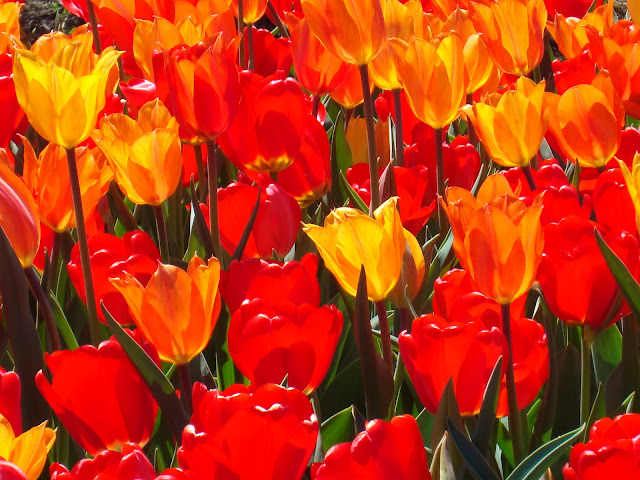 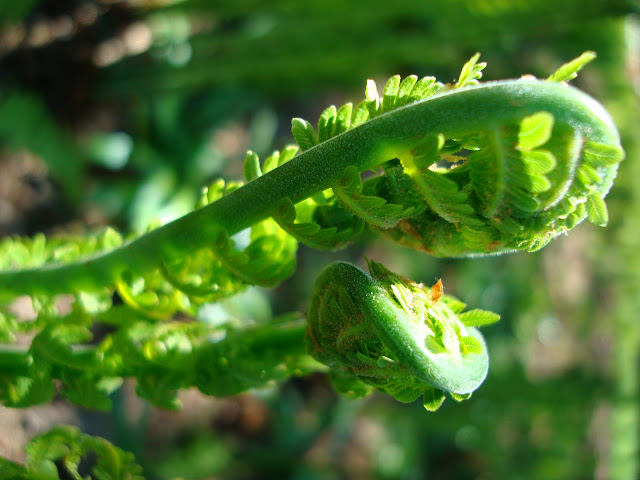 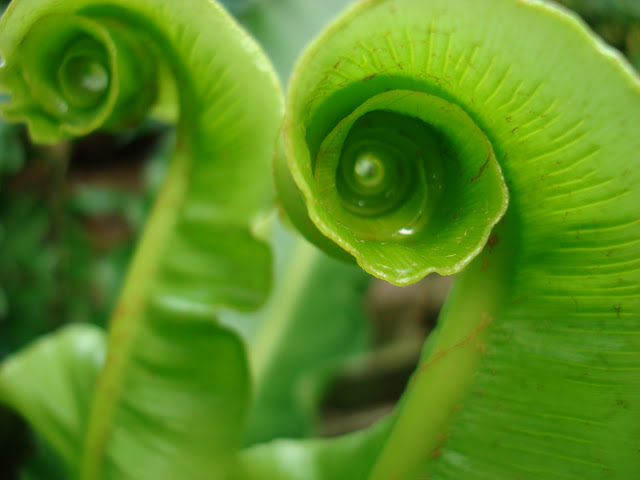 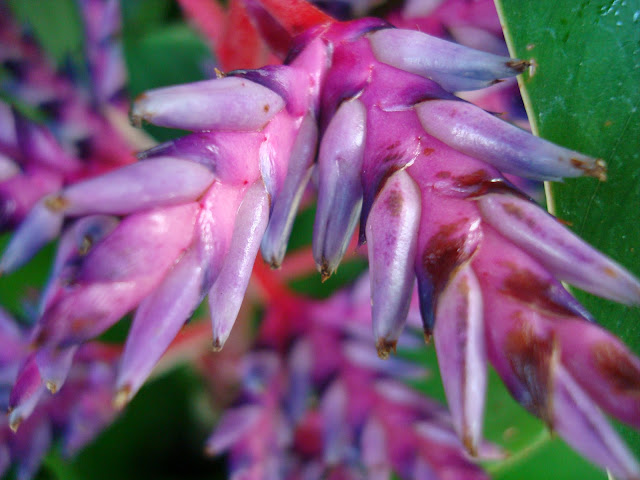 Last year, I had a short personal essay published in the New York Press in their special tax  issue as part of the 8 Million Stories series. I hope you'll find it to be a light and humorous respite from your very own 1040. Below  is the online version which can be found at this link.

My mom and I talk on the telephone every day, and we enjoy catching up on the minutiae of our lives. As a 40-year-old woman living in Brooklyn, I have a lot to tell her. However, something in her changes this time each year, and I cringe whenever my phone rings. I stare at it, feeling a sense of dread bordering on sheer terror. I don’t want to pick it up, but the tenacious bulldog on the other end will only call back. Incessantly it rings and rings; I feel like the narrator in Poe’s "The Tell-Tale Heart." The pounding in my ears won’t stop until, with extreme apprehension, I eventually answer. My mom prepares my taxes. I’ll add defensively that she actually likes doing them. My annual assignment is to organize everything for her in order to make it easy to find all of those good deductions. It’s the least I can do.
Our peculiar arrangement started one year when I was particularly upset about owing the IRS a significant amount of money. I was an art student at the time, living on spaghetti and loans, so how could it be possible that such an exorbitant amount was due? Apparently, I had the wrong edition of one of those do-ityourself computer programs.
Something didn’t quite add up, and Mom wanted to take a look at what went terribly awry.
That was 15 years ago, and she’s known about every nickel I’ve spent ever since. Well, almost.
"Uh, this is H&R Block," she says in a monotonous, all business tone that I think she finds amusing. I know this means I either made some sort of math blunder or forgot to include an entire category of receipts. My stomach churns. What was it this time? Medical expenses? Or was it all of those art supplies? "You need to get me that spreadsheet of all your expenses," she says tersely. "You also need to bring me your forms from last year." As early as mid-February, my mother’s personality shifts completely towards the prickly. In her mind, there is a clear delineation between "us" and "them" during this process that can only be likened to a contact sport. Game on.
I never understood why she enjoys this unpleasant task so much. As the sole child of two parents of Eastern European heritage, the only explanation I can think of is genetics and history. Every dime that gets added in my favor is far better in my pocket than in the government’s. But the truth of her former employment adds another layer of perfect irony. With each passing year, though now retired, she reenacts her days as a form reviewer with the IRS. Both of my parents worked for "them," though neither were actual tax collectors—another dirty little secret that I don’t like to readily admit.
As an otherwise independent adult, it’s somewhat embarrassing that I still need a penny-pinching senior in my corner. There are still plenty of receipts that I’d like to hide from her, but might only induce guilt.
It is said that all you can count on are death and taxes. Along with my annual anxiety, it is a fact that I can count on Mom, too. My returns have never been better.

My latest creations with new spring colors. Available now as originals and prints in my shop. Come on in for a visit!
No comments: