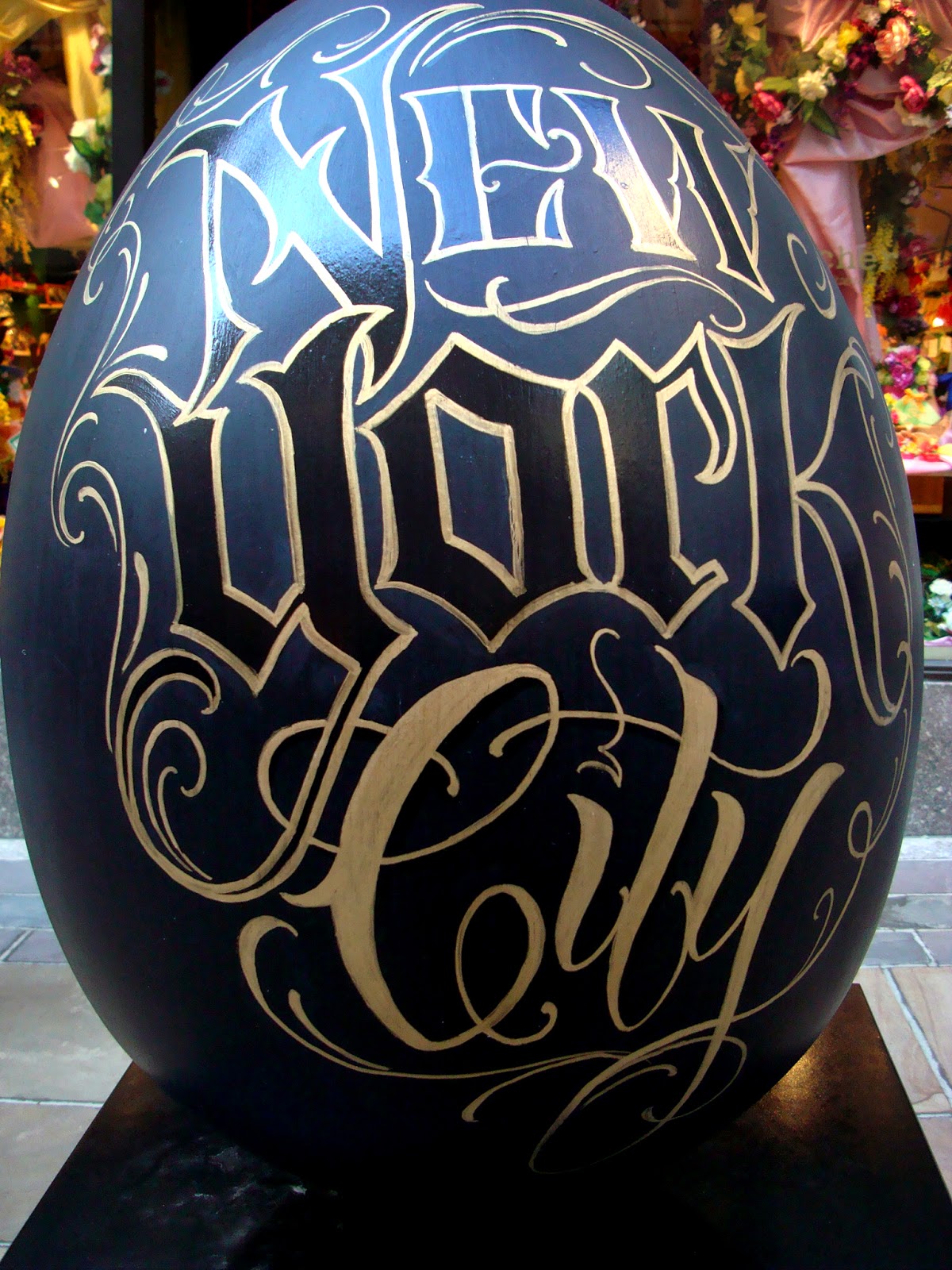 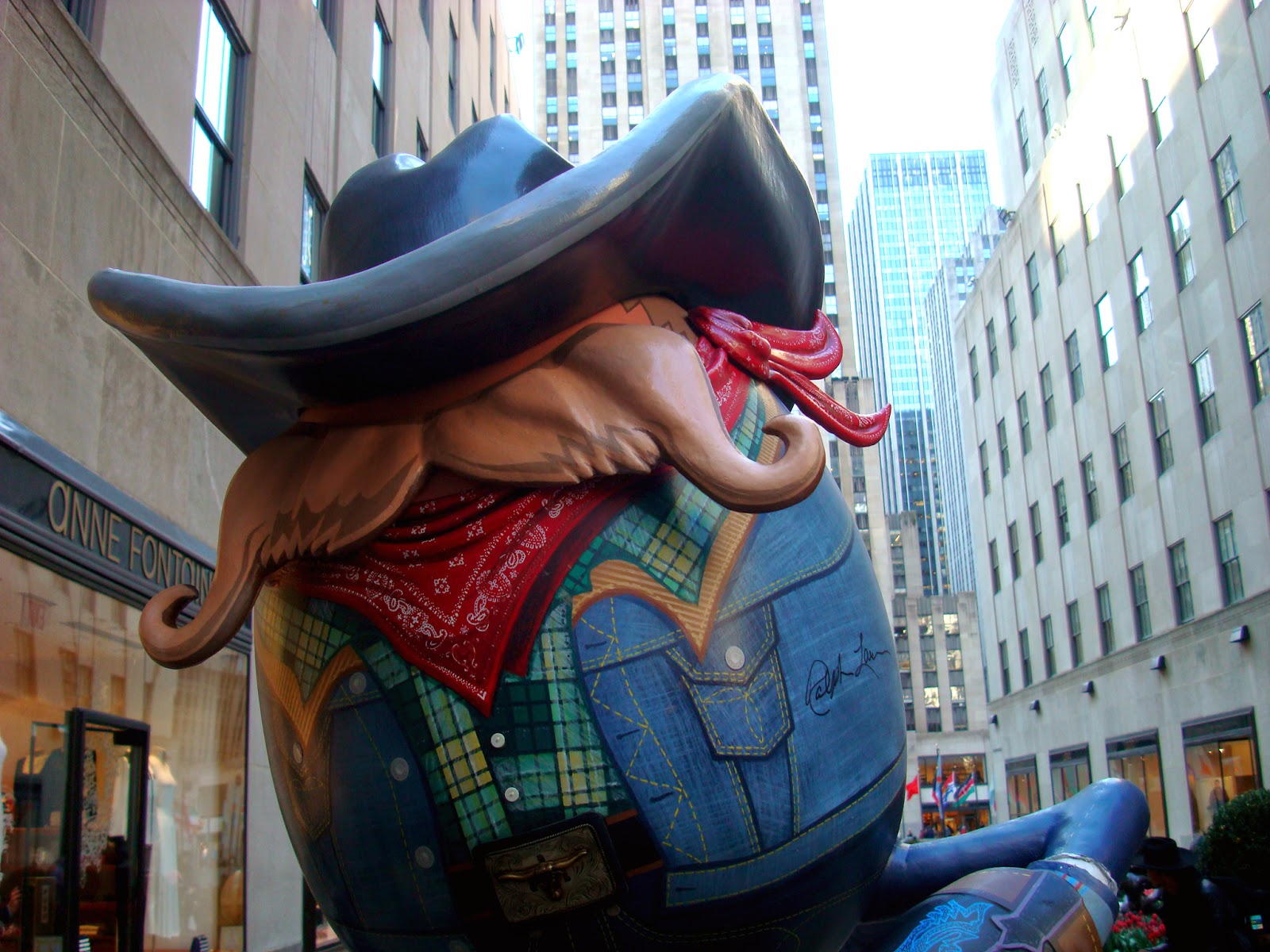 Over two hundred sixty large egg sculptures designed by notables in art and fashion have been scattered across the five boroughs of New York City. This interactive egg hunt allows egg seekers to use their smart phones and social media to "collect" the eggs and incorporate social media. The big egg hunt is modeled after a similar one held in the UK in 2012. The eggs will be auctioned and the proceeds will benefit art charity, Studio in a School, and Elephant Family, a conservation program. Egg collectors can also win a real Fabergé egg jewelry. 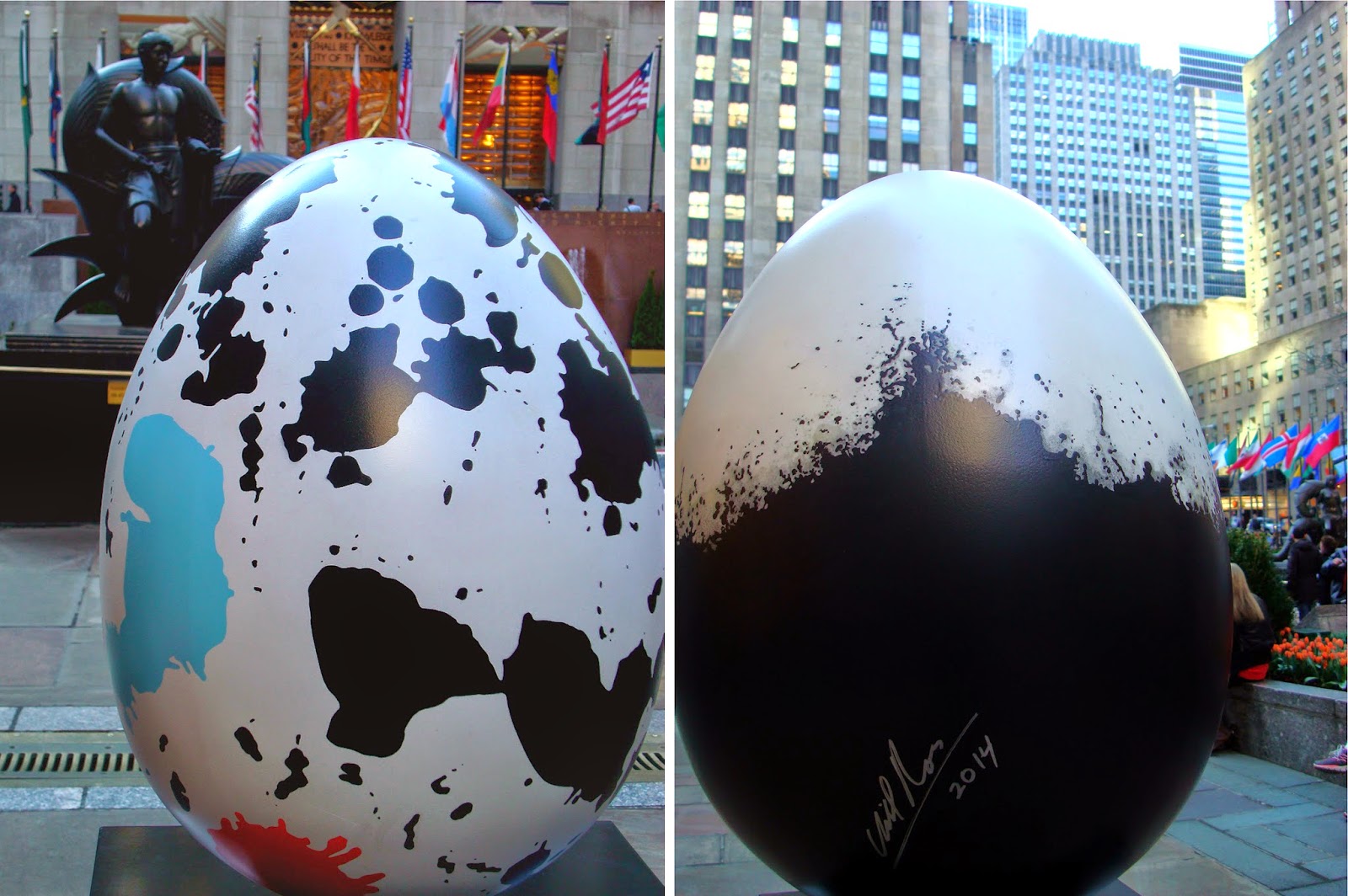 An egg designed by Diane von Furstenberg (above left) and graffiti artist, Retna (below). 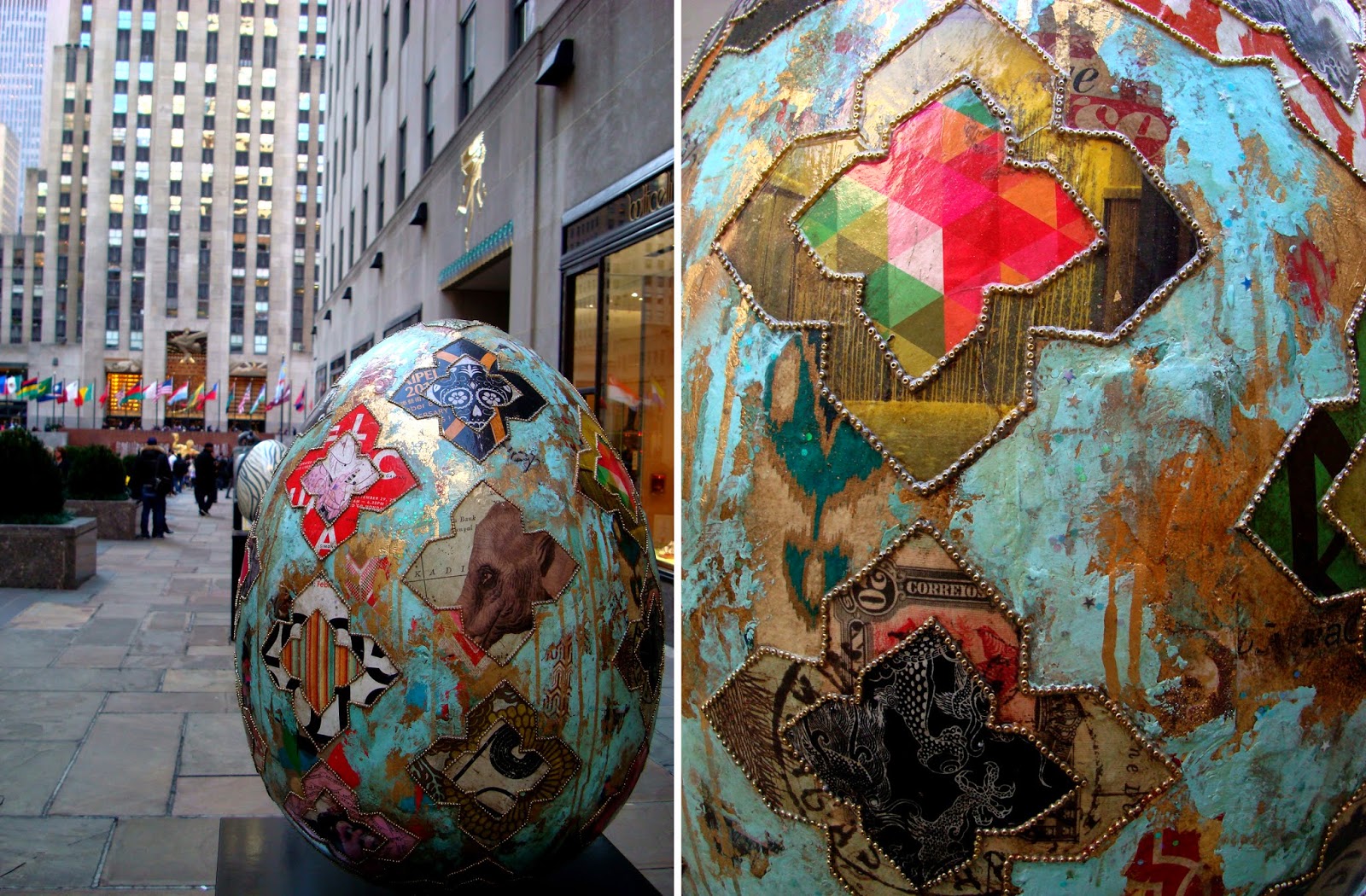 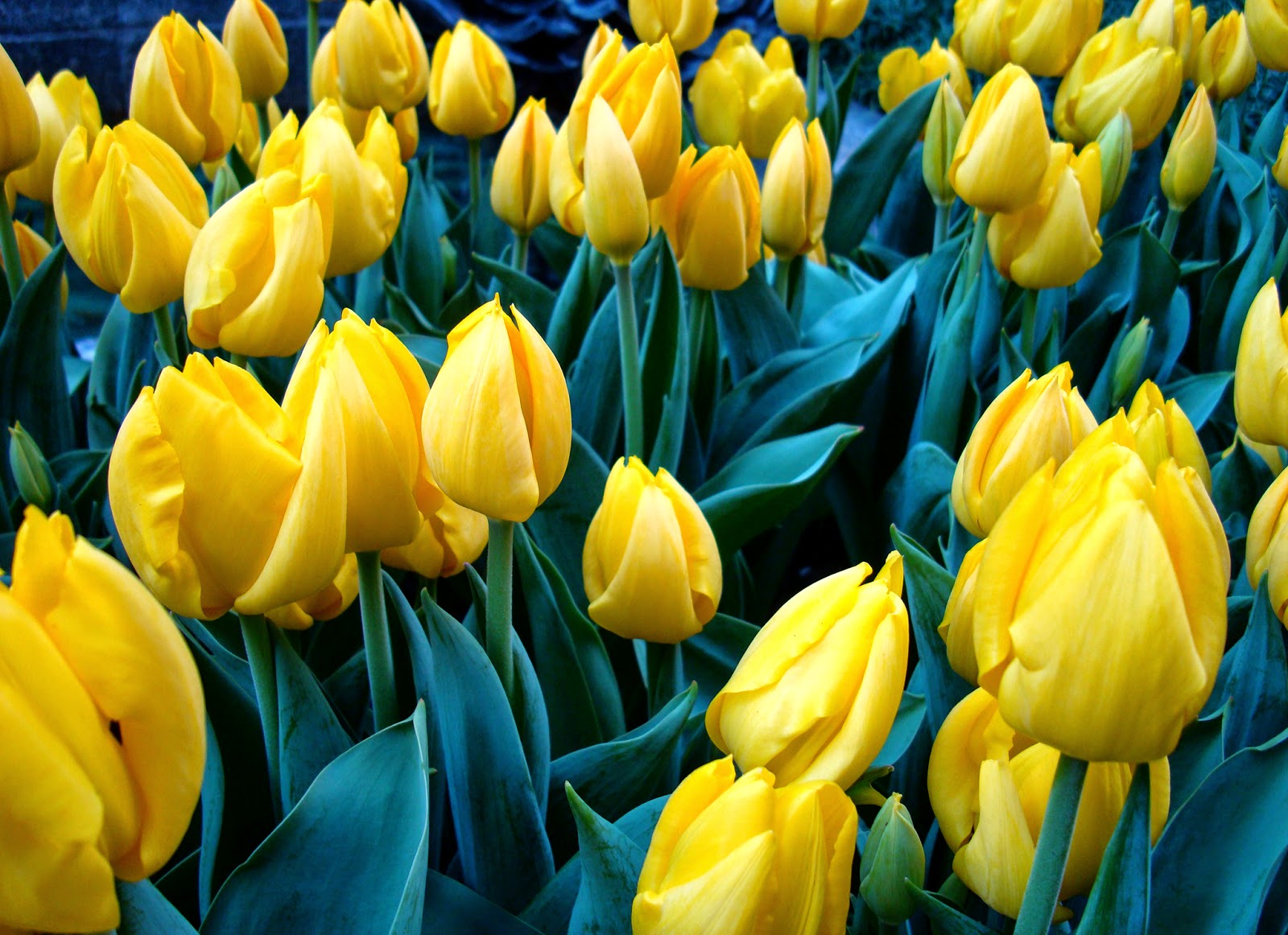 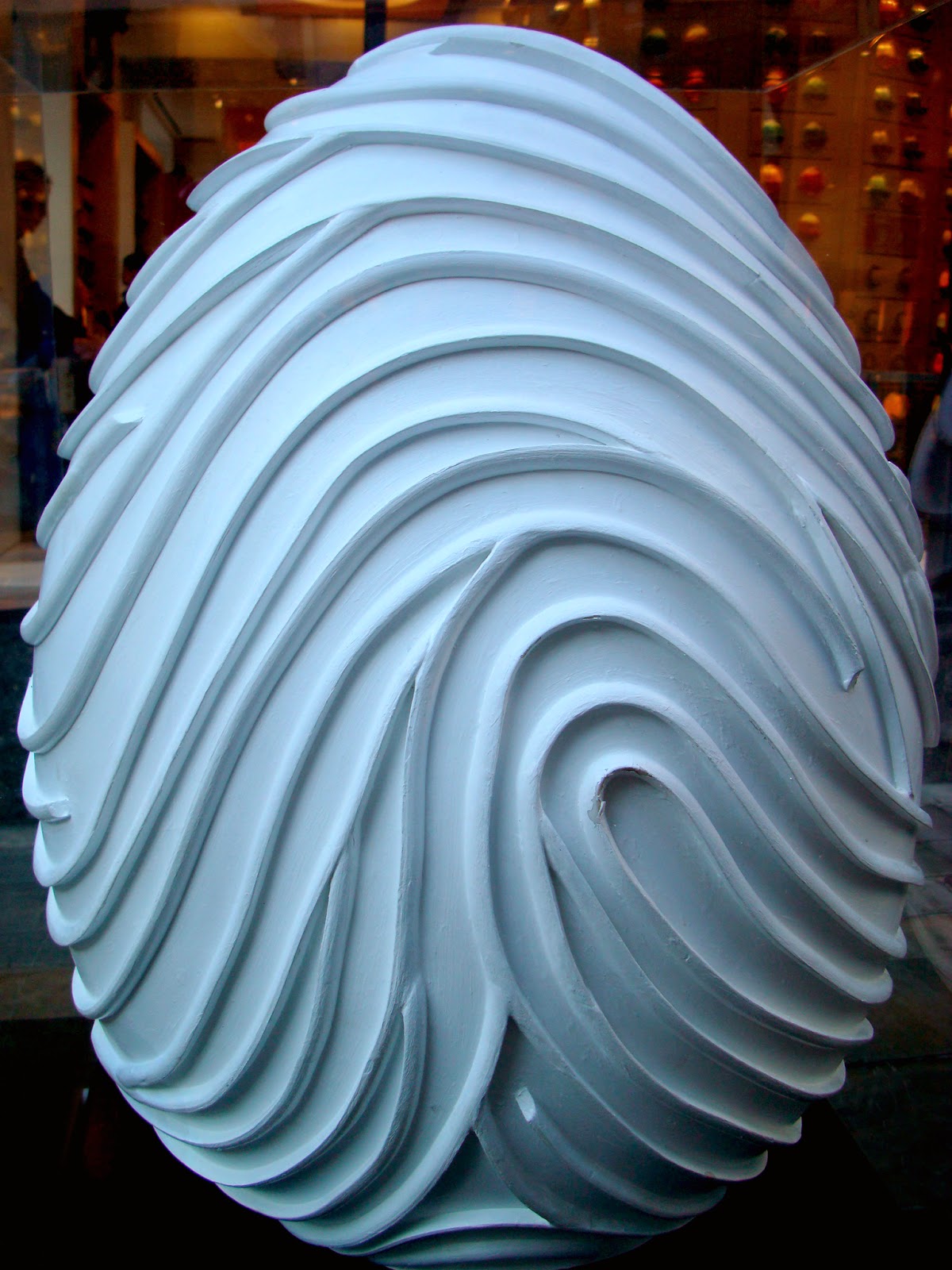 Artist, Jeff Koons, designed the kid-friendly walrus/seal combo egg in the same style as his recent work from the inflatables from the Easy Fun Series (below) - and no egg hunt of this size and scale would be complete without Humpty Dumpty representing the event as he sits front and center in Rockefeller Center (last picture). 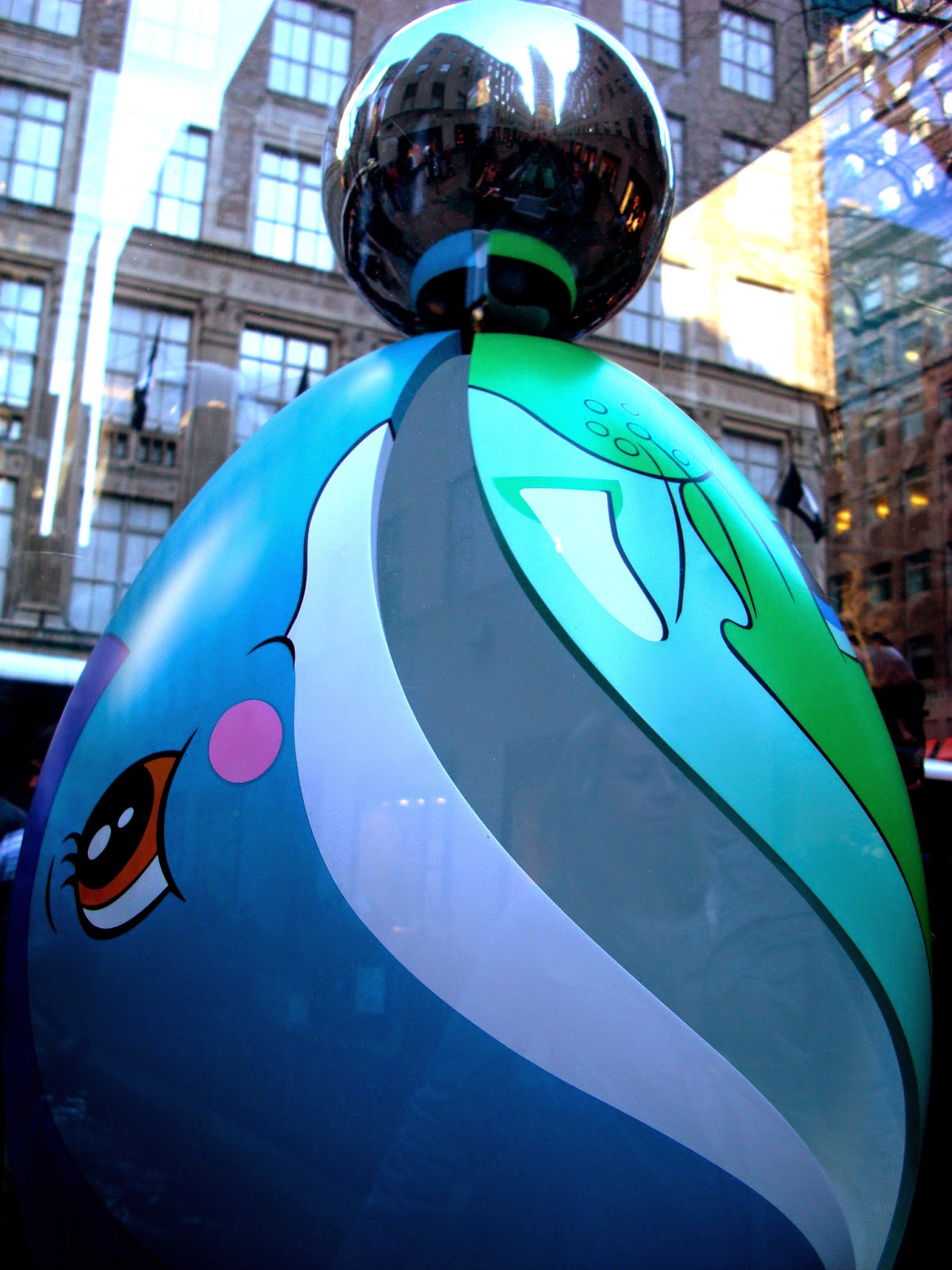 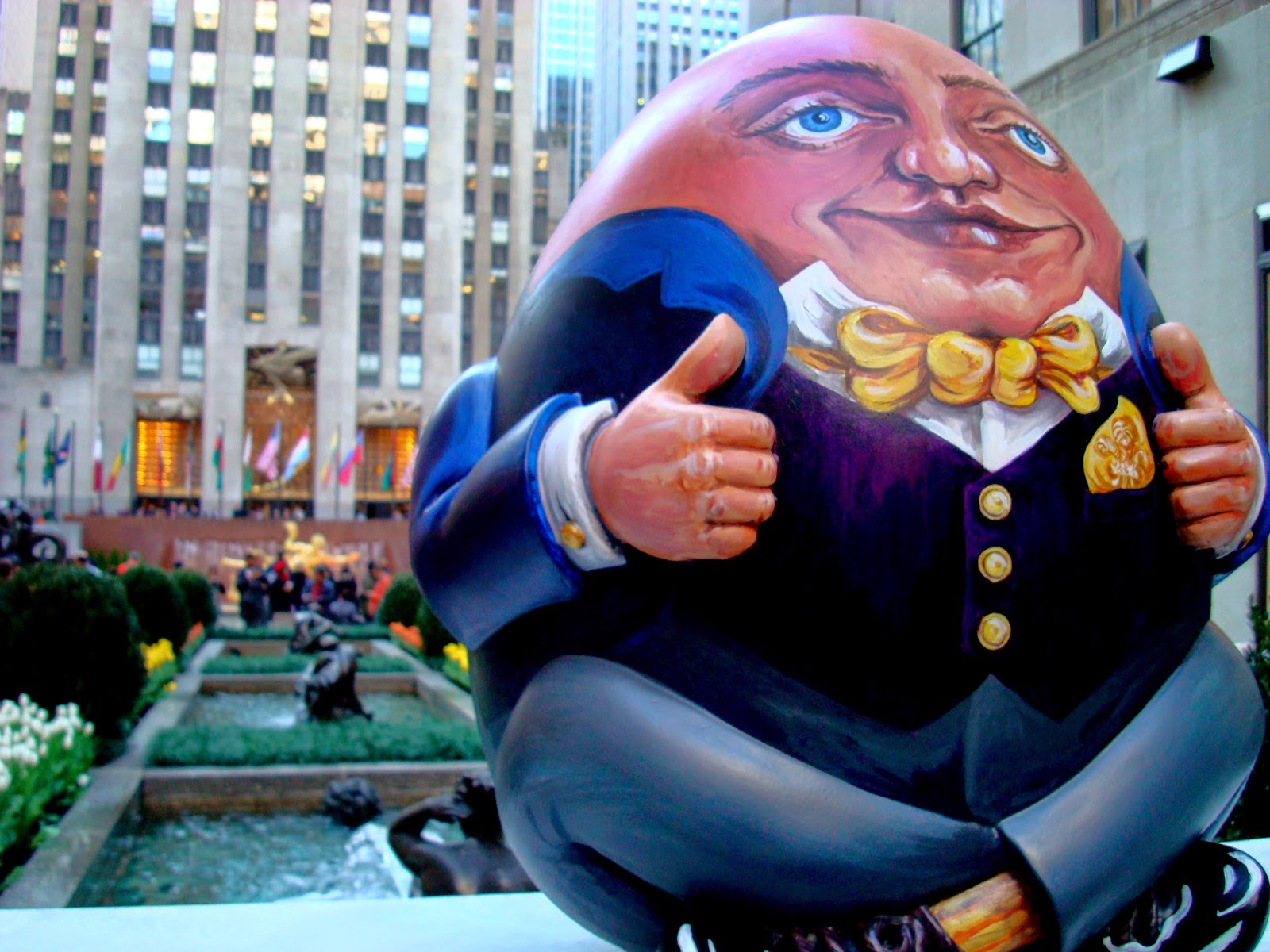 Looking Back at the Art of Swoon 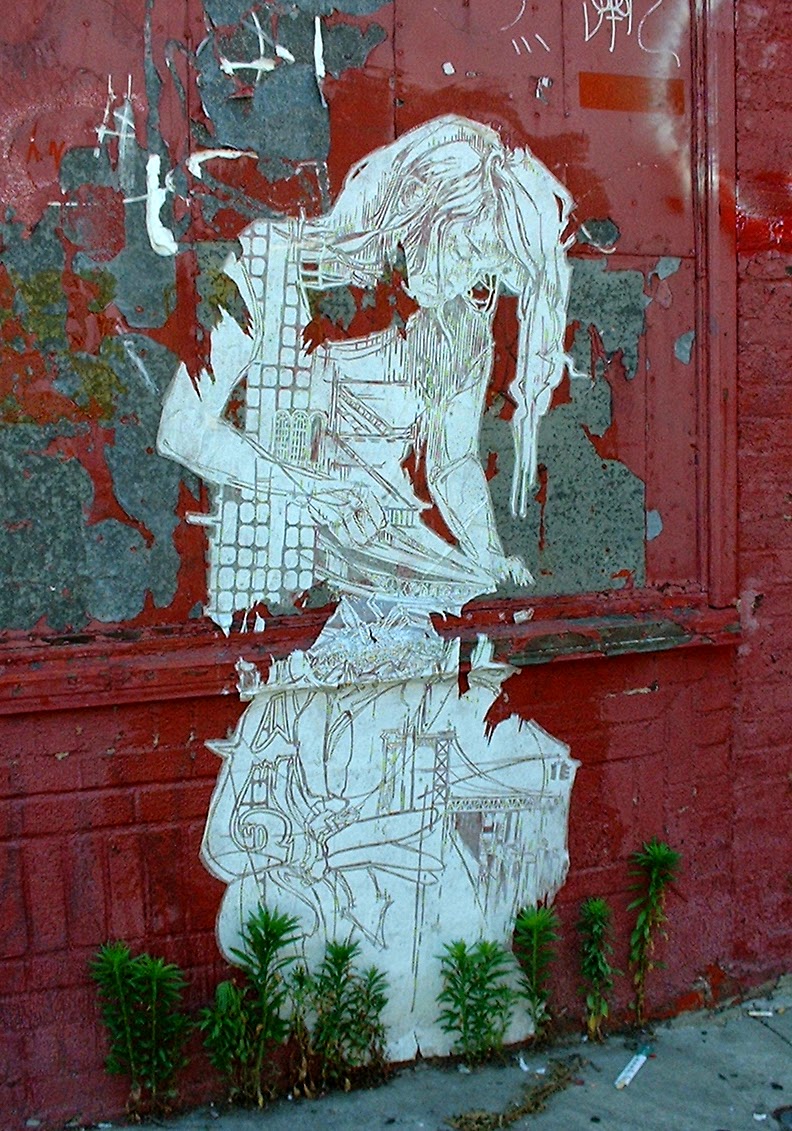 
I moved to Greenpoint in 2000 when it still very much a Polish neighborhood and in many places, an industrial wasteland; not the fancy, hip and cool place it has now become. Often feeling uninspired in my own painting and in need of some air and a long walk, I would head out from within the confines of my apartment with my camera to explore. In the adjacent neighborhood of Williamsburg, I had a few favorite spots that I knew would keep changing when it came to street art. They would get "hit" all the time by many artists, and I could always get some good shots. I liked to see what had changed since the last time I ventured beyond the four walls. This activity of walking and taking pictures and interacting with the art of the streets inspired me. In many ways, it saved me from the boredom of my new surroundings. I felt like I was visiting a museum and returned to my new home renewed with vigor and ready to paint. 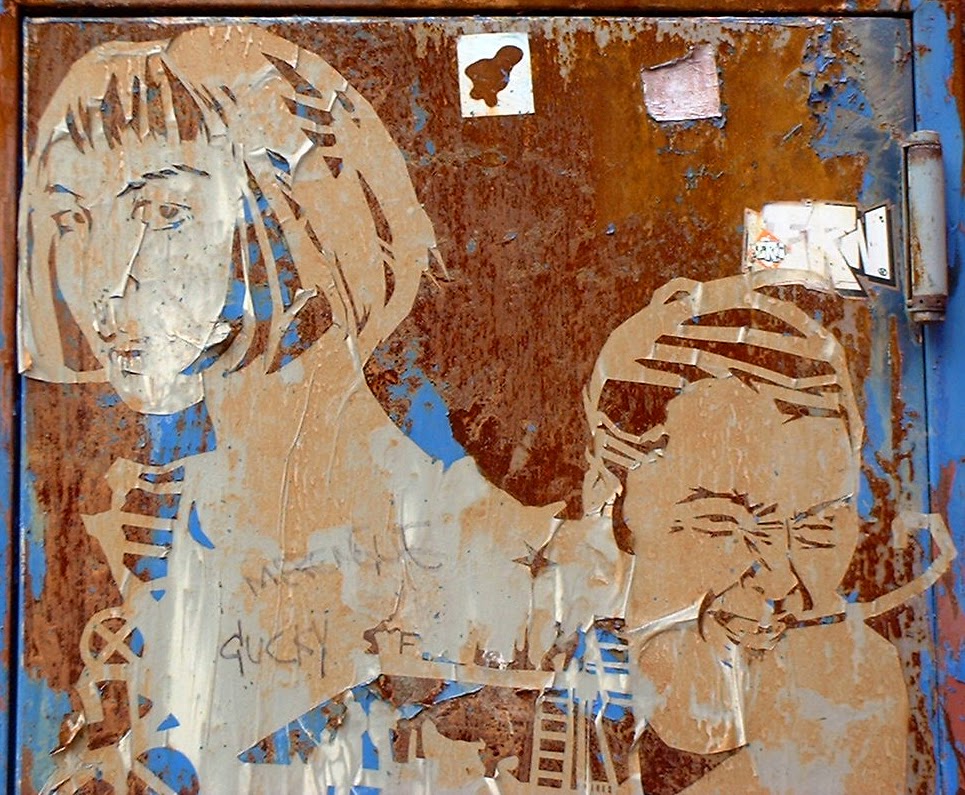 Amidst the simple bubble letter graffiti "throw ups", I started to recognize the work of Swoon (Caledonia Curry) around the neighborhood. Immensely talented, her pieces consisted of intricately cut paper of life-sized figures depicting regular neighborhood folk. With a feminine touch, they were launched onto abandoned walls with wheatpaste. Sometimes the pieces were rendered with sketchy lines. Other times, they were simple paper silhouettes; the negative space giving the work its stark contrast with whatever background was chosen. The paper would eventually discolor, transform, peel, and fade away which is always part of the game. Art of this ilk is temporary. 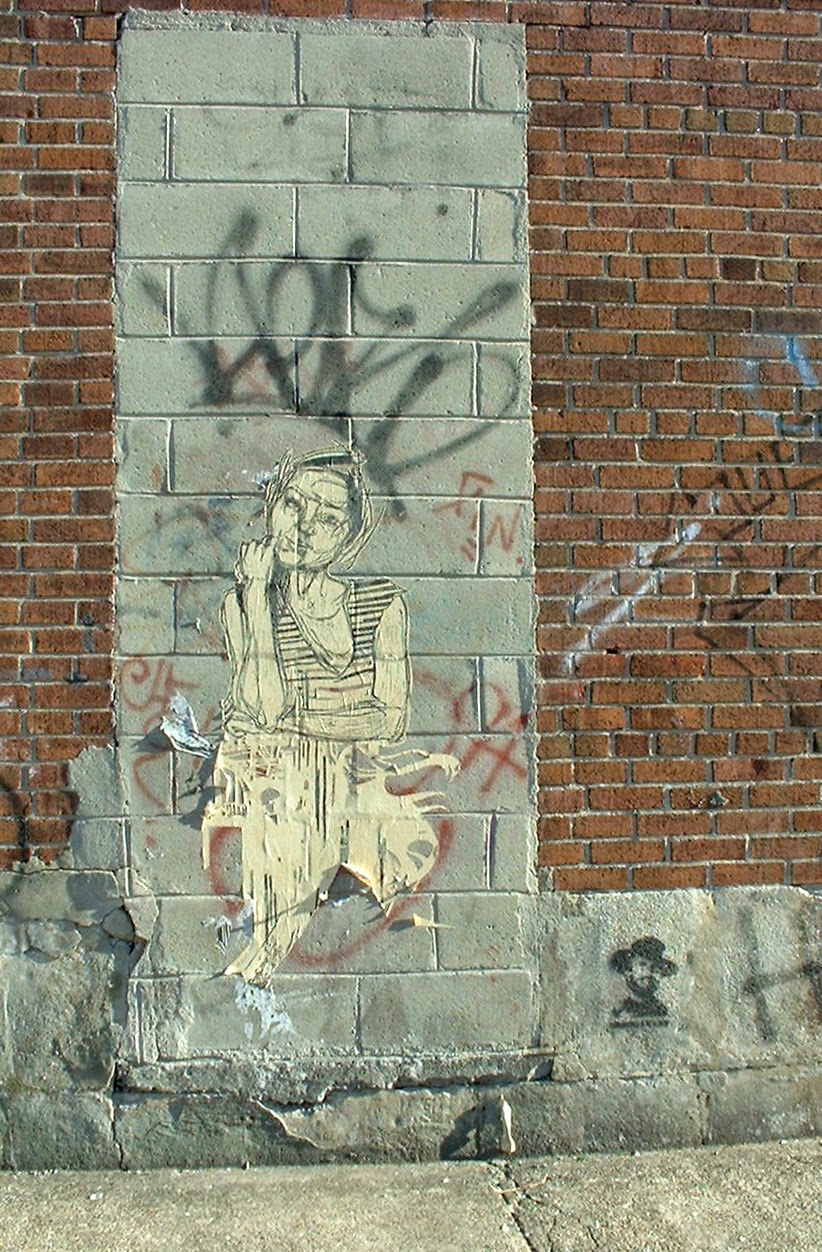 I always kept an eye out for the immediately recognizable pieces by Swoon, and have followed her work over the years. I later learned that she was a fairly recent graduate from Pratt Institute in Brooklyn (like myself). I still wonder what her professors had to say then about her work during those dreadful class critiques, and what they would think of her doing her paste-up work on the street in the dead of night. After all, the practice of street art is still very much a man's game.
Williamsburg Brooklyn, (2006)

In 2010, I headed to Braddock, PA for a road trip. I heard a lot about this once-thriving rust-belt town becoming an area that was being revitalized by artists, galleries, new business, and urban farming. It was a haven for artists and entrepreneurial types fed-up with big-city prices who were starting over in this industrial steel town that was now virtually forgotten. When I arrived, I was delighted to see that lots of recognizable street artists had altered the urban decay of Braddock's streets with murals. Swoon was among them, and she continues to be involved with the area's transformation. 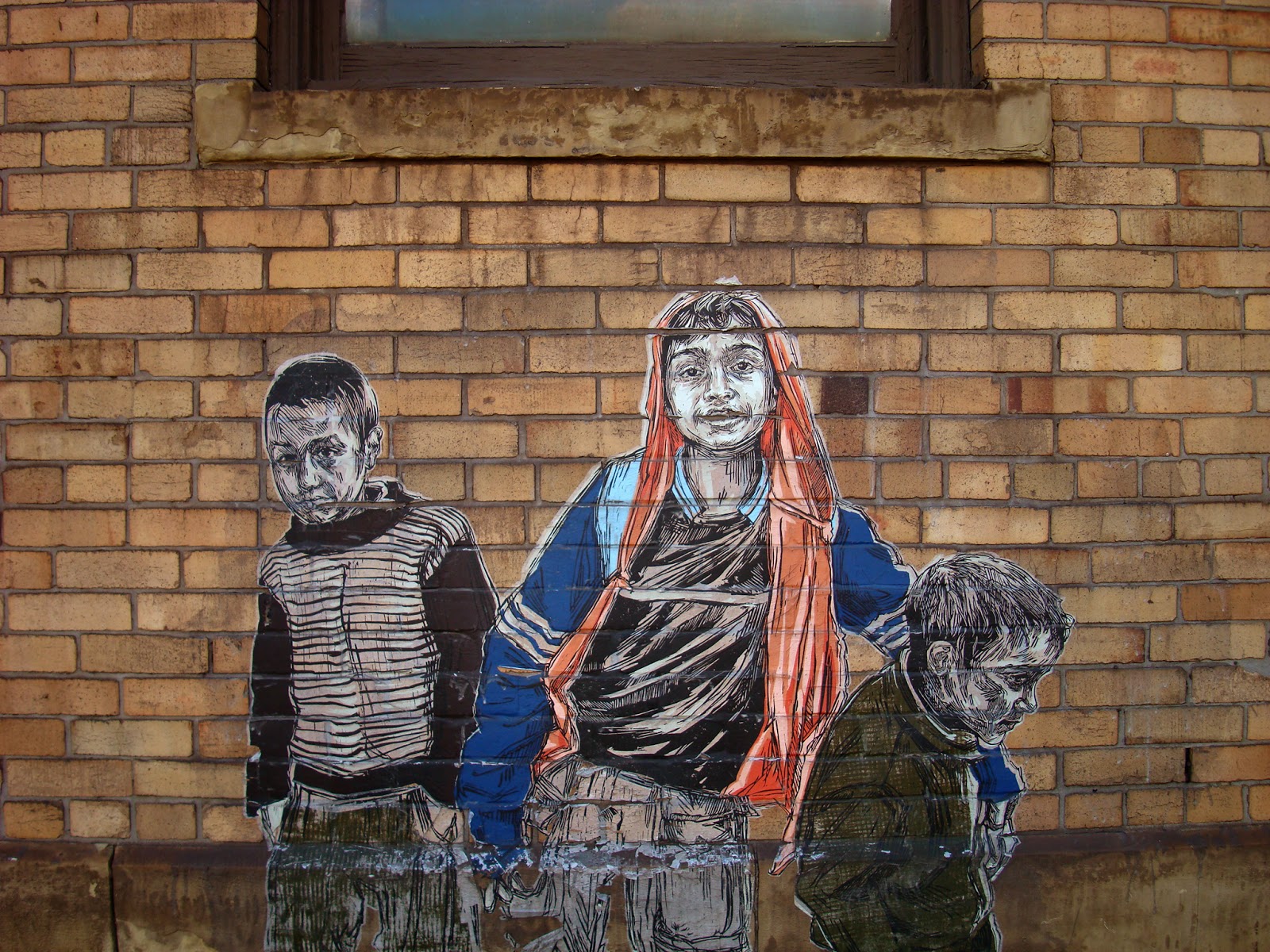 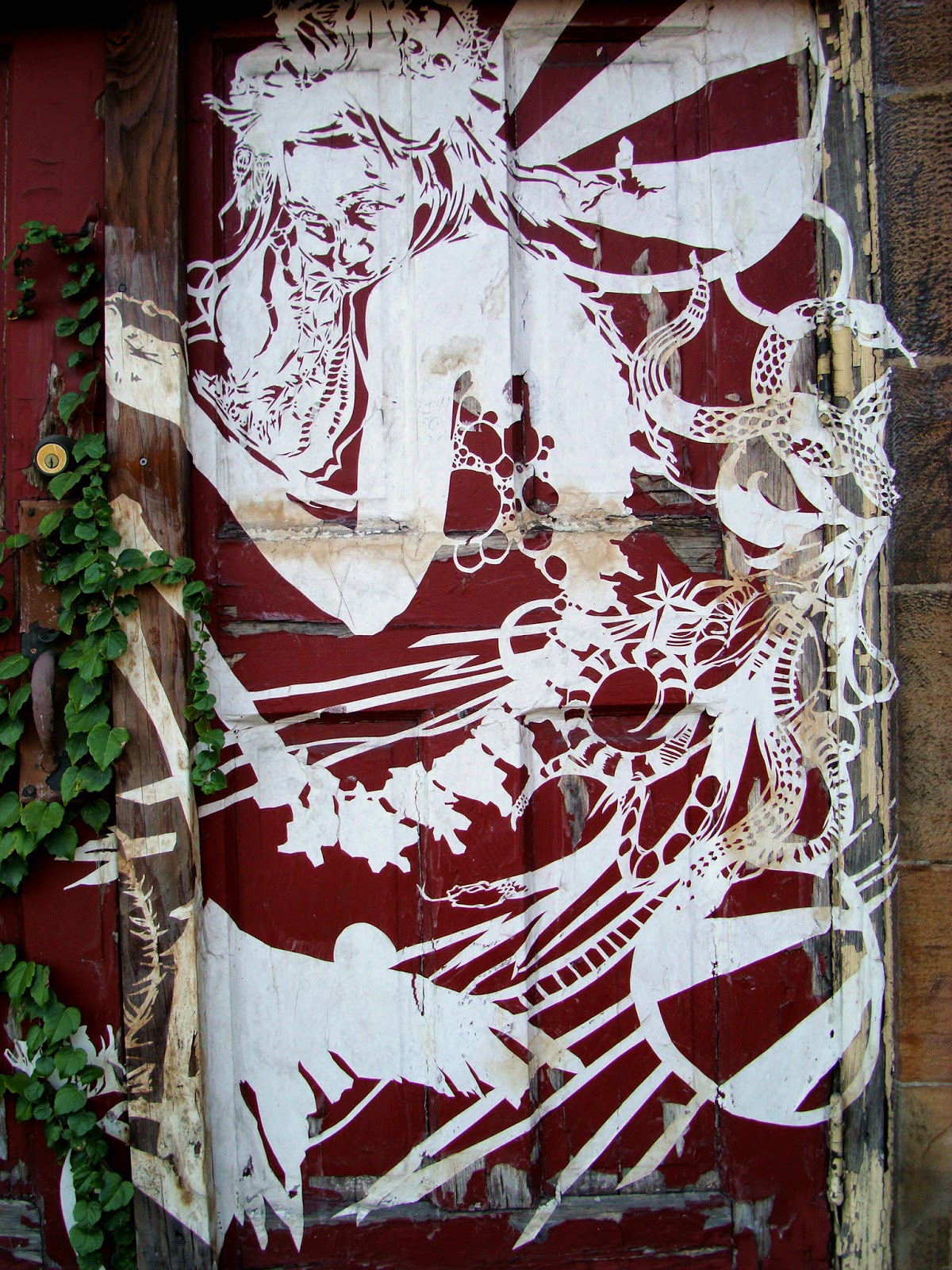 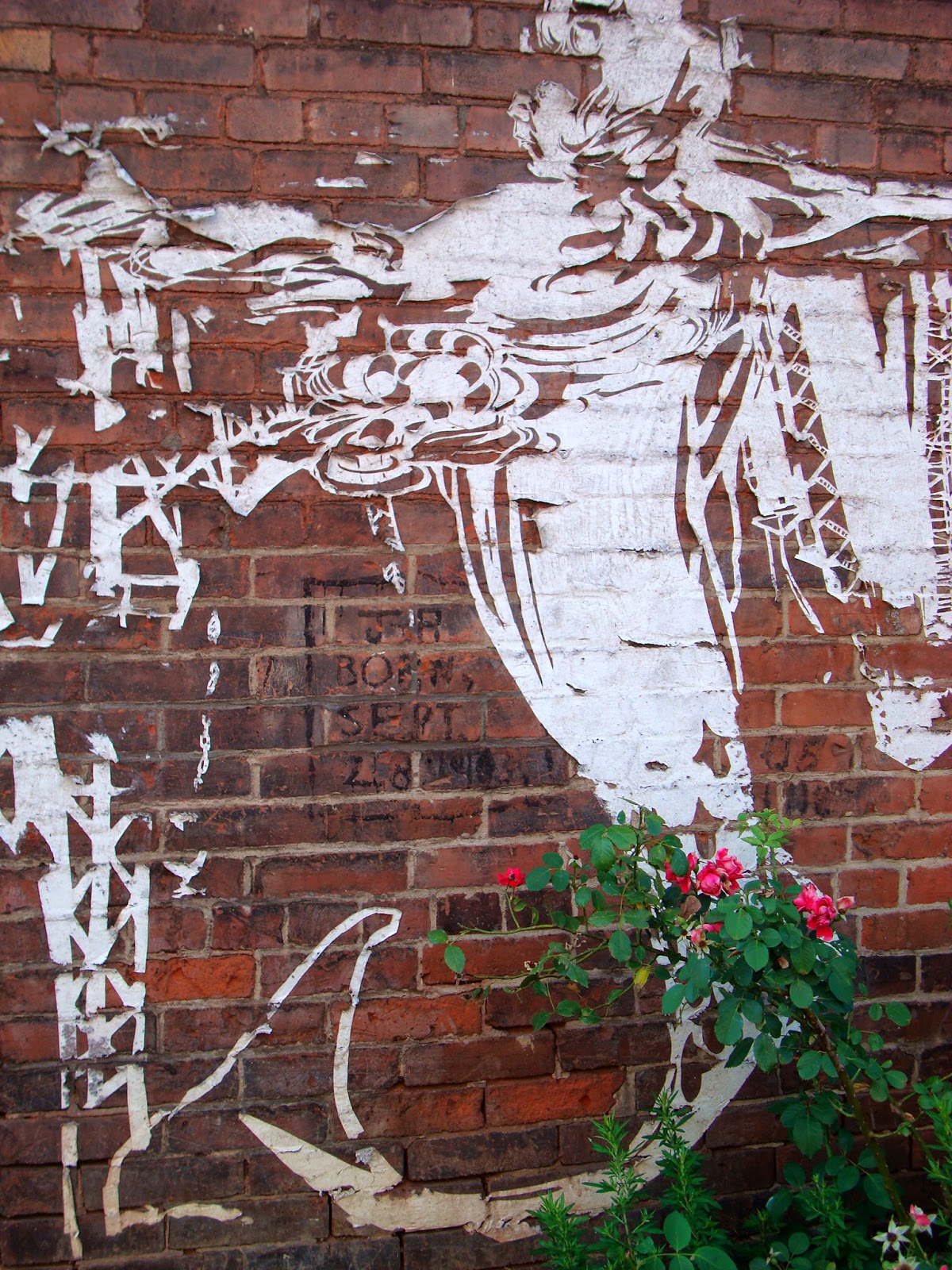 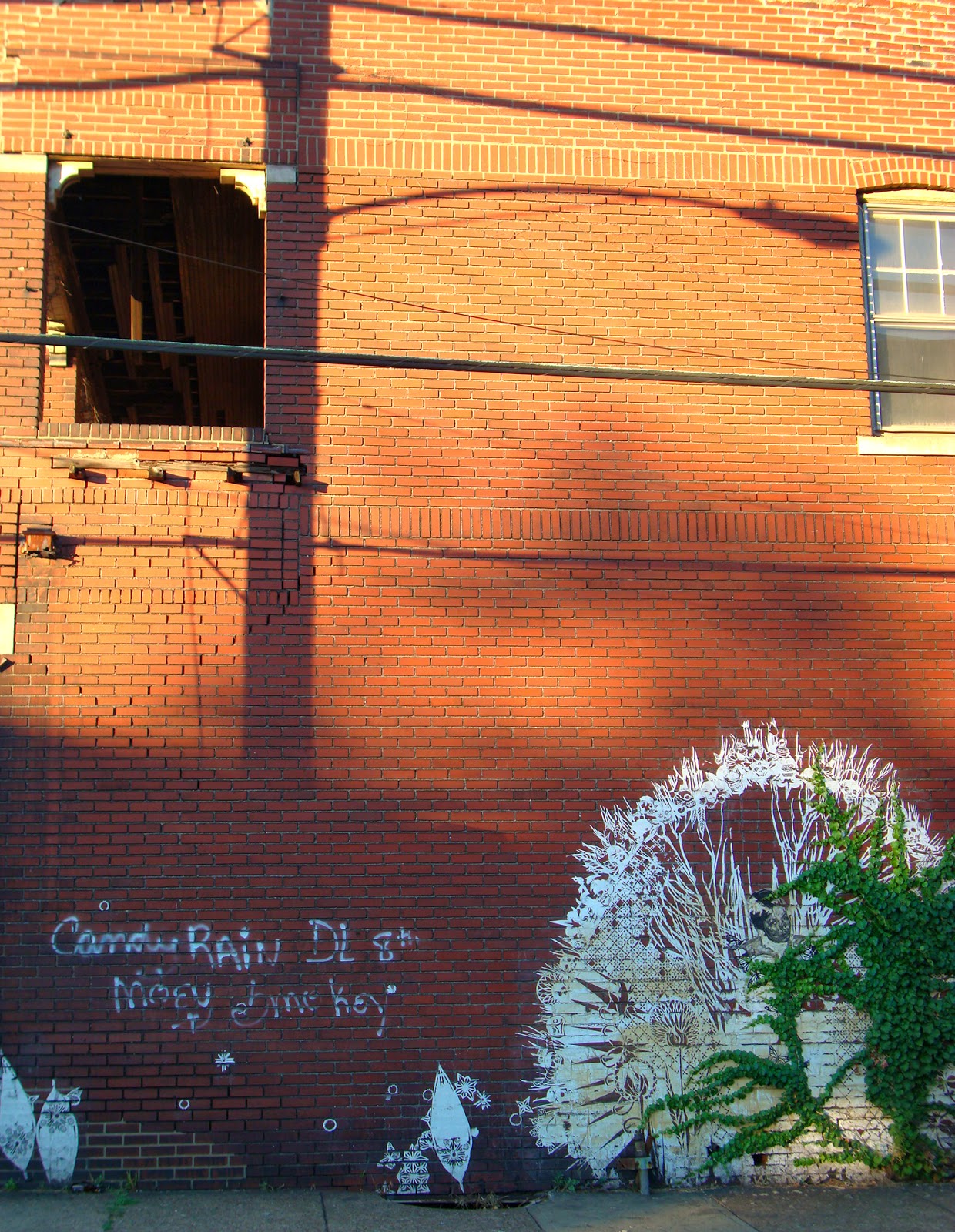 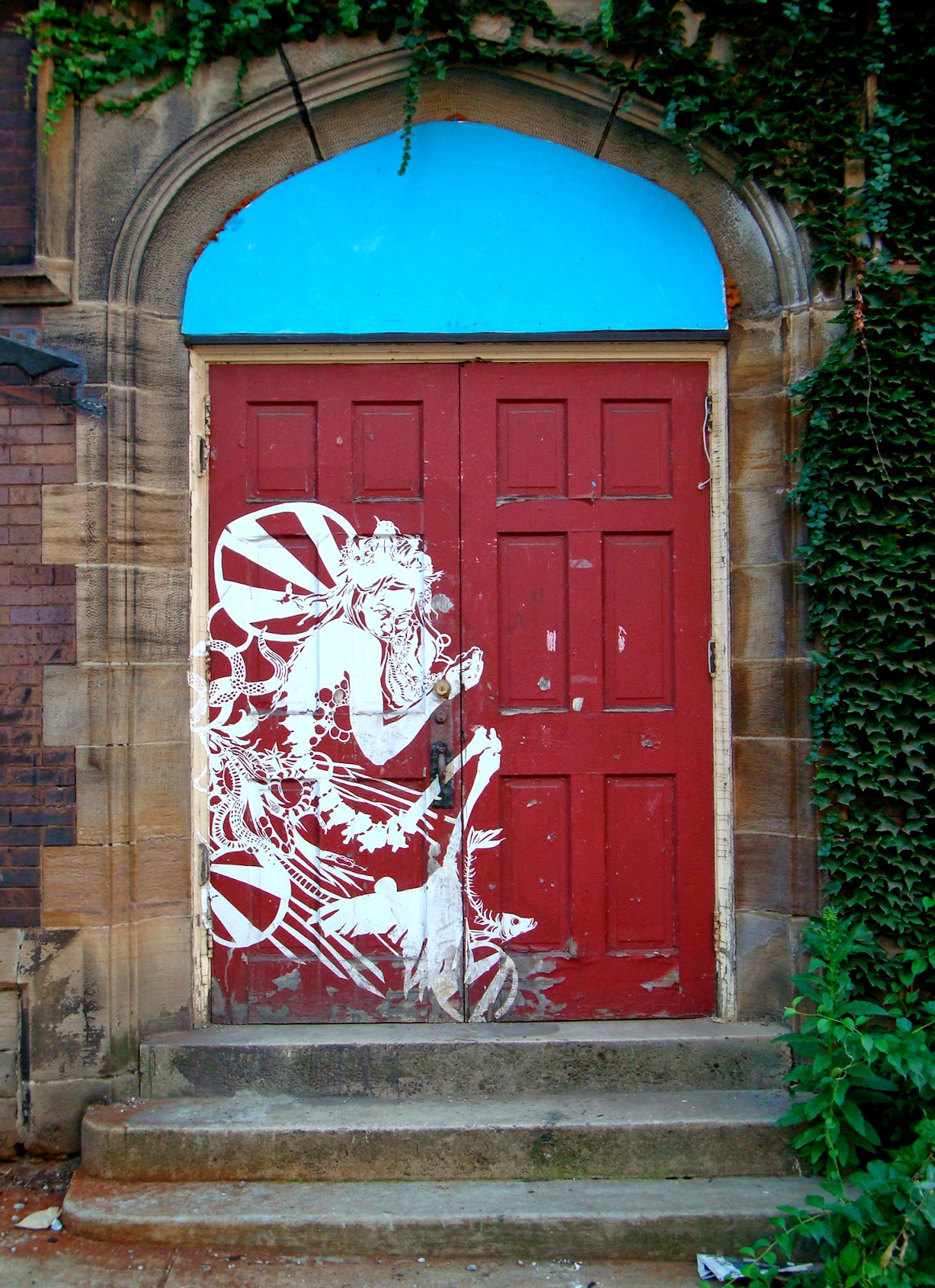 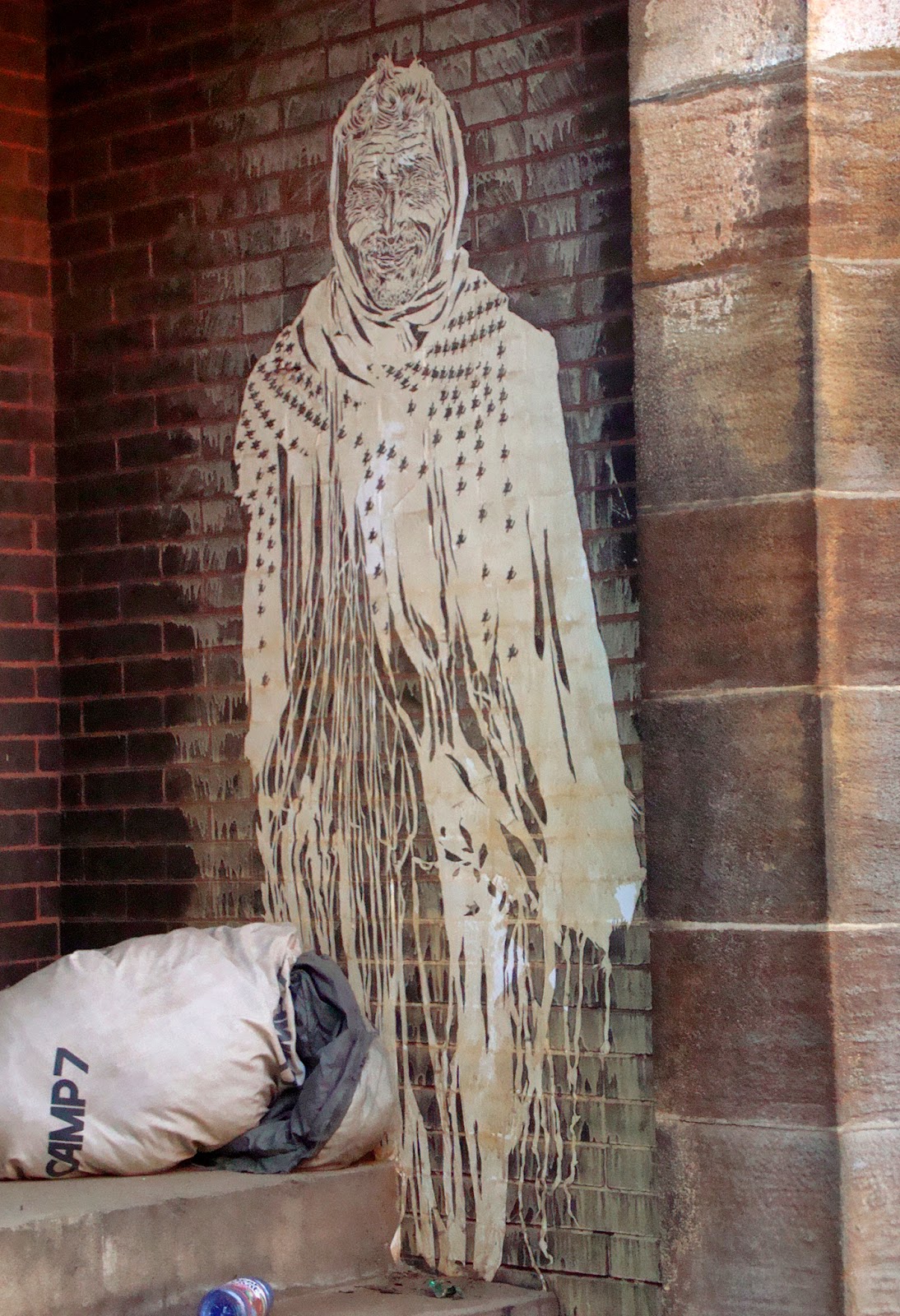 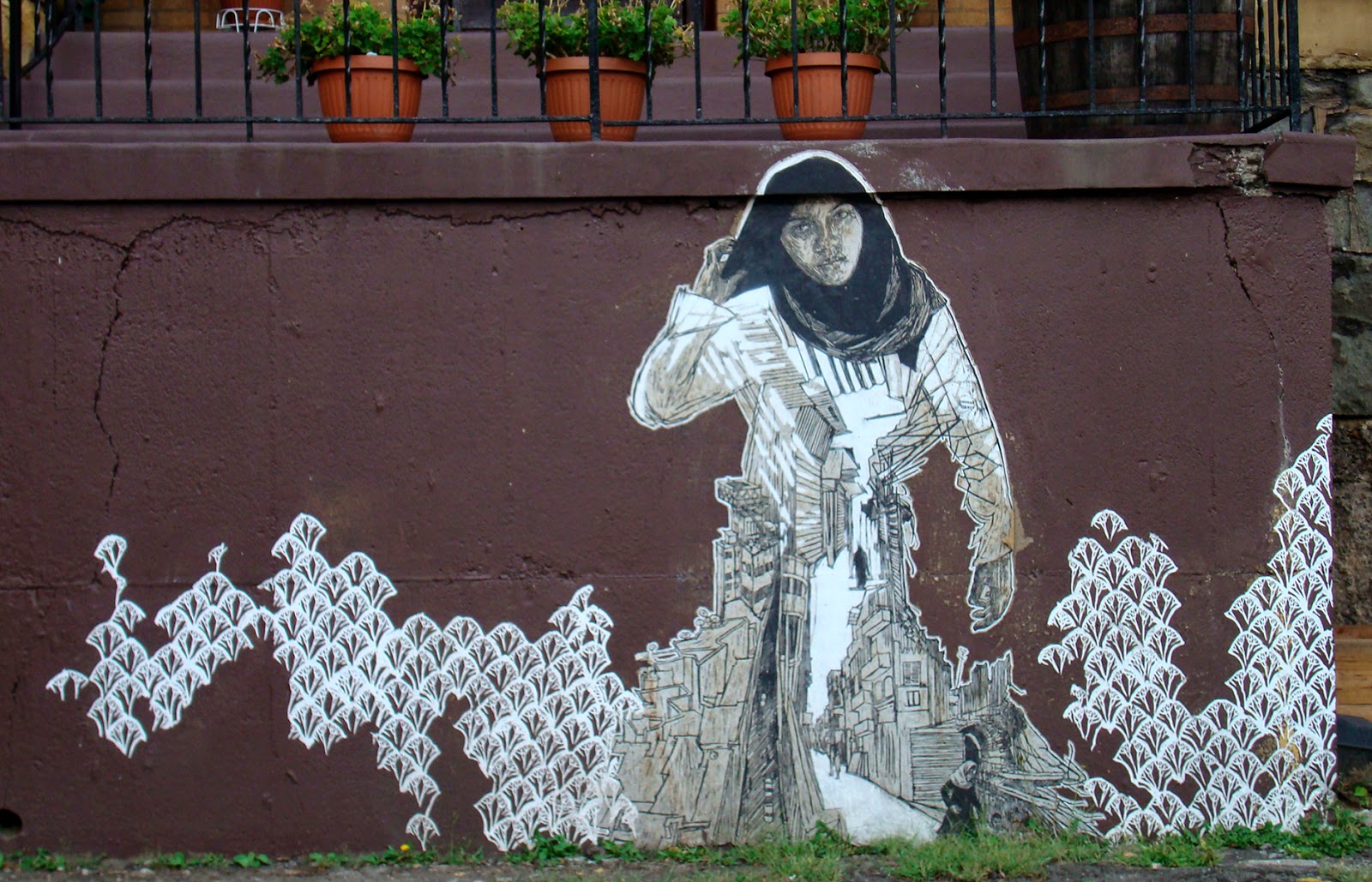 
Today, a major show by Swoon, Submerged Motherlands, opens at the Brooklyn Museum. I bet those professors from Pratt would be impressed. Jealous even. You can bet that I'll be checking out that show soon. More photos of Swoon's work will surely be here. Stay tuned. 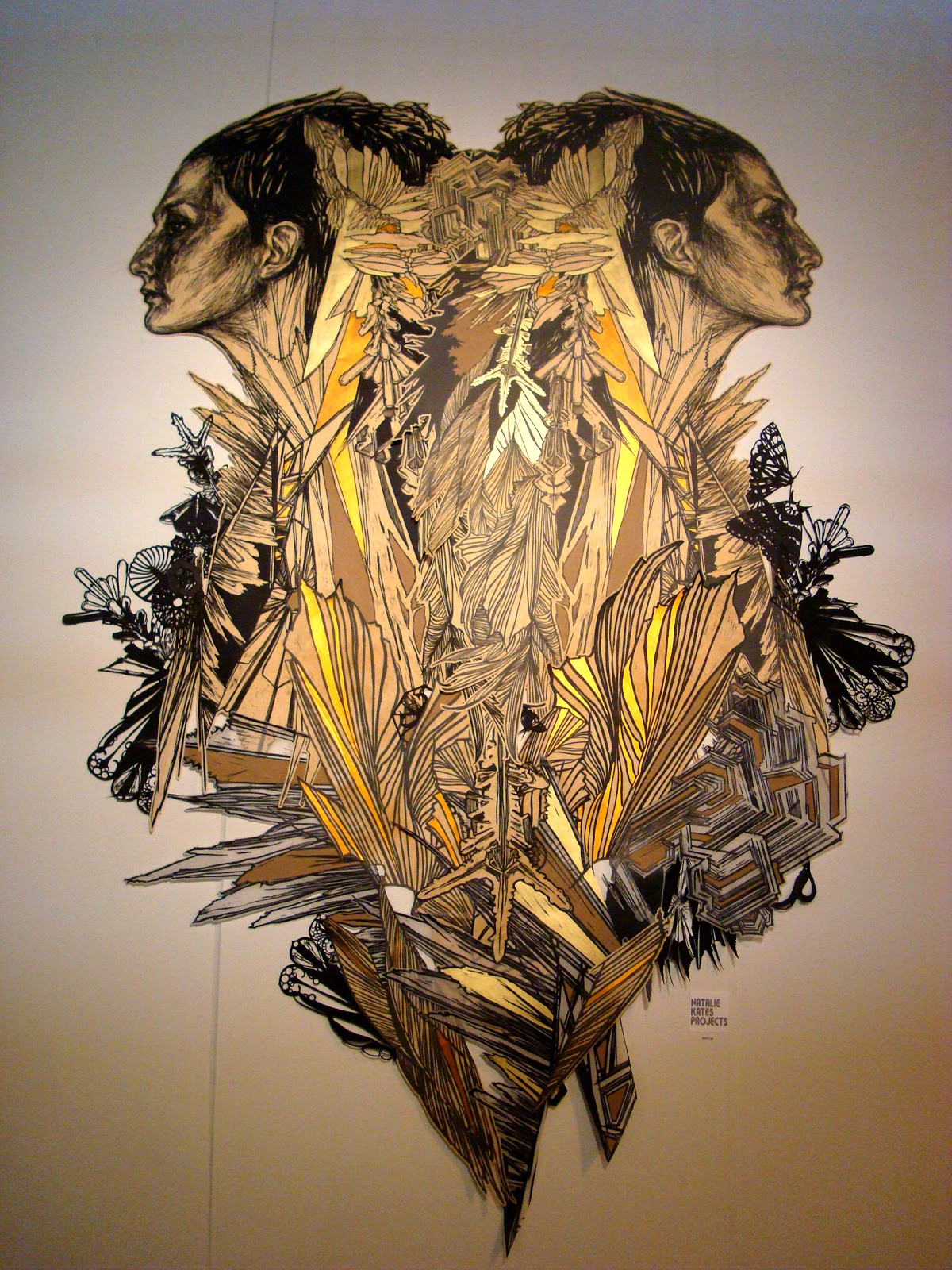 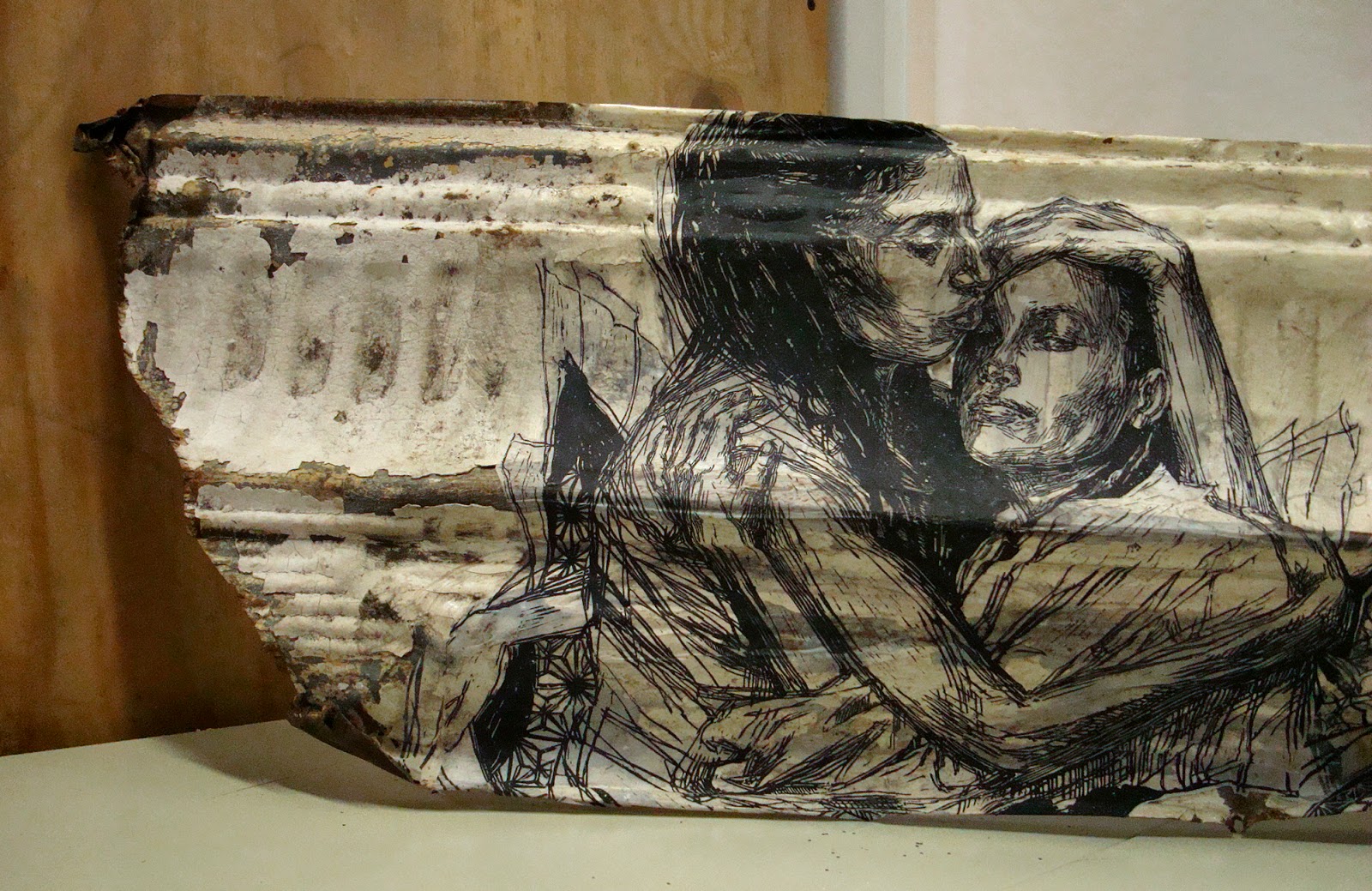 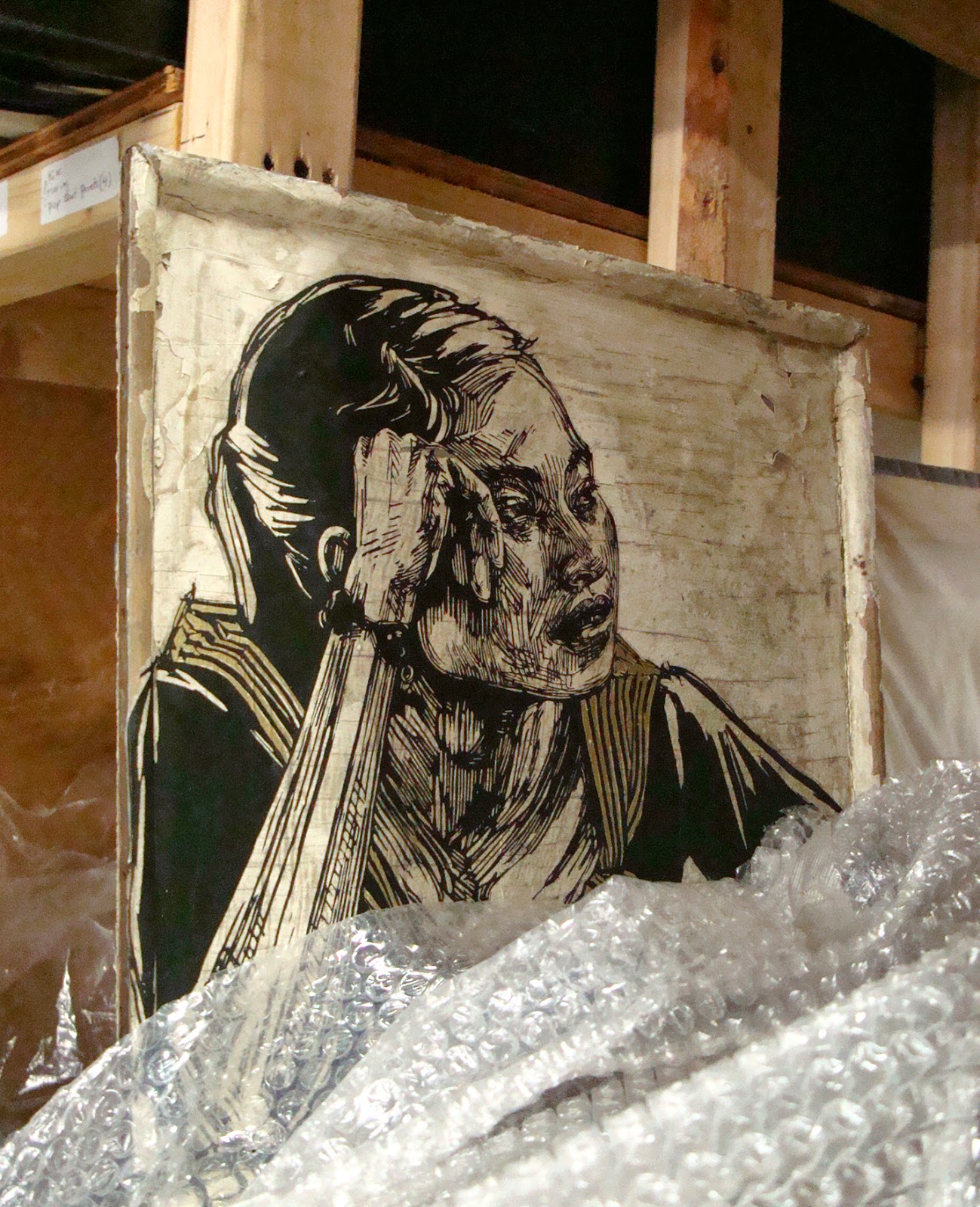 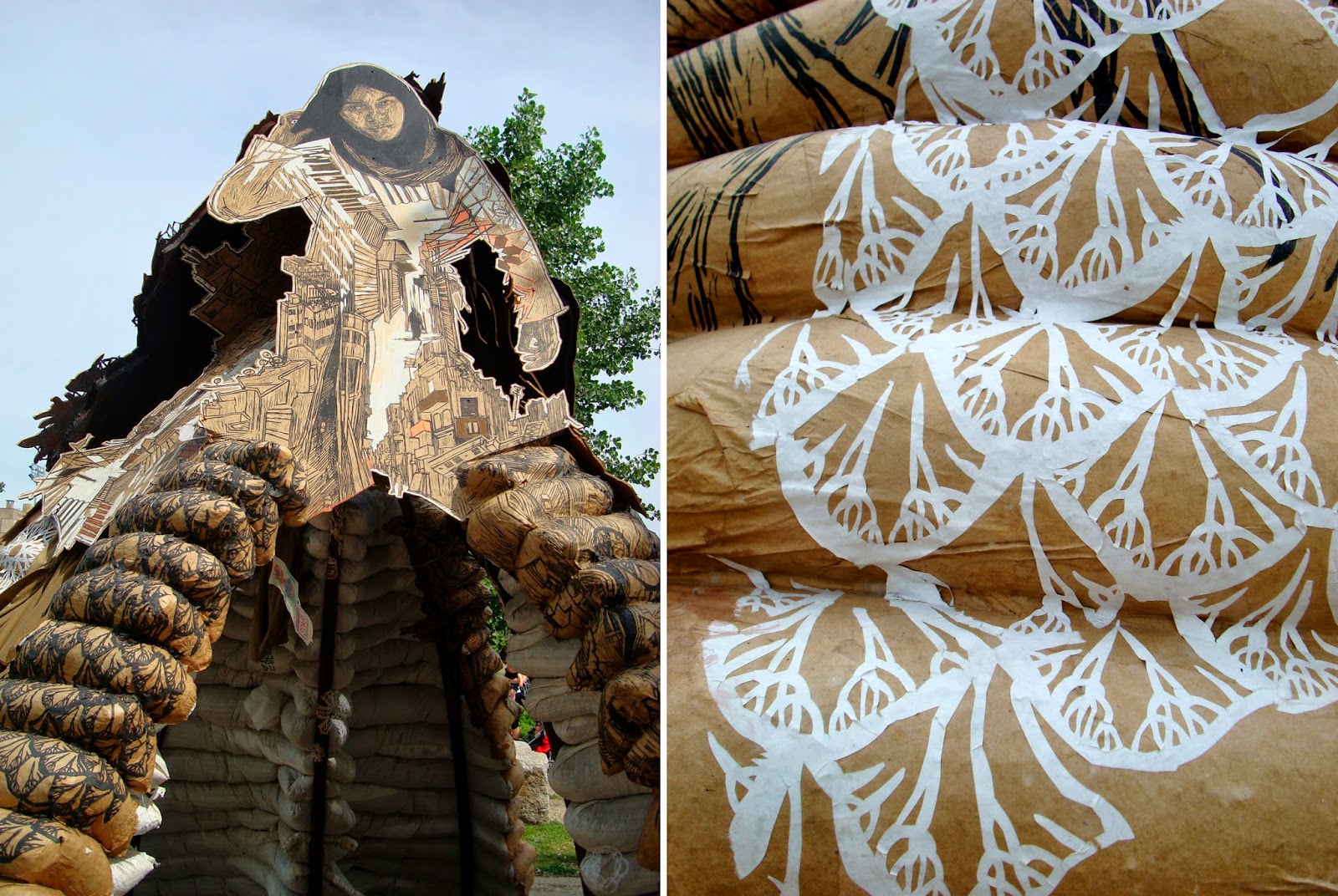 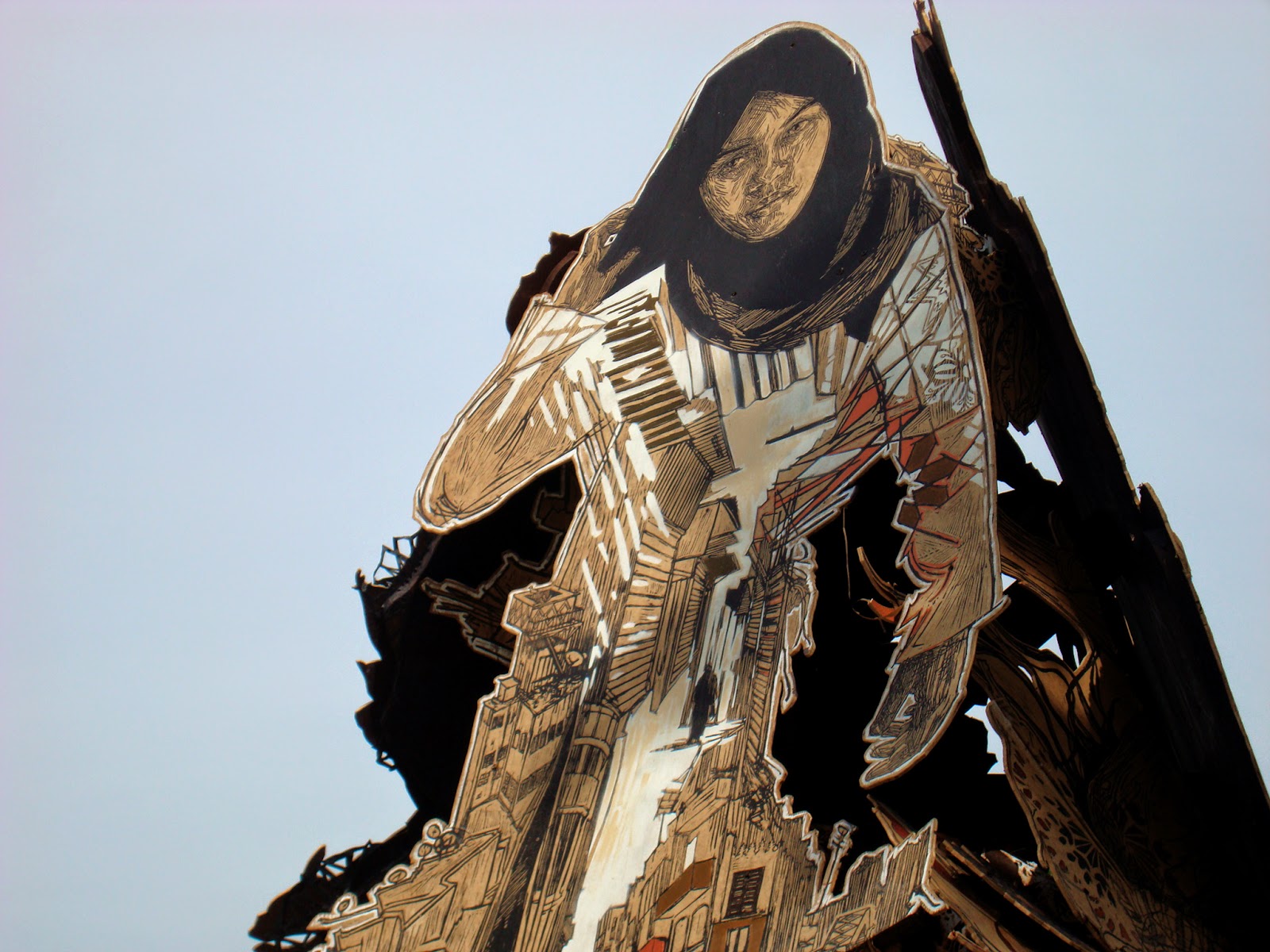 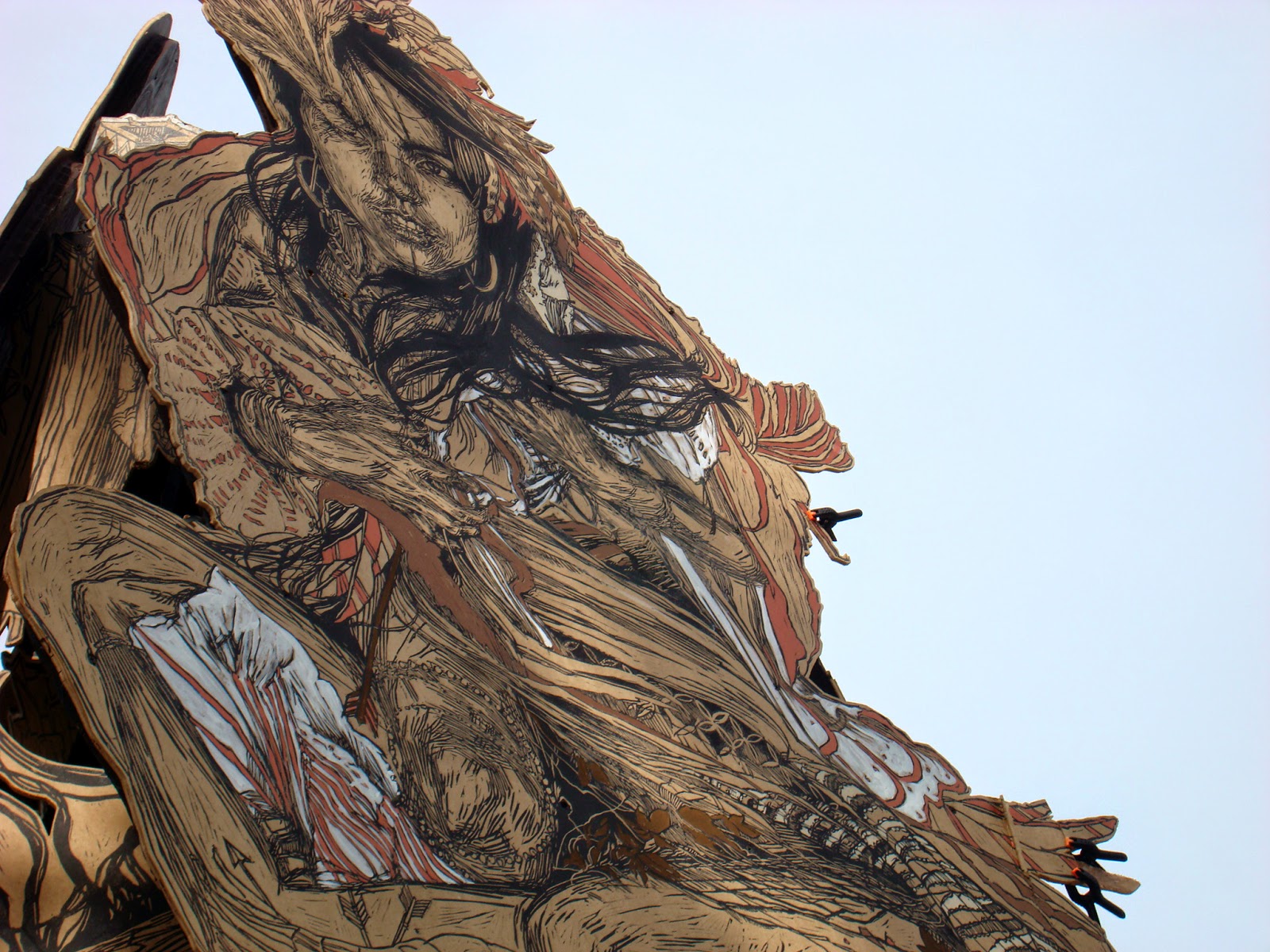 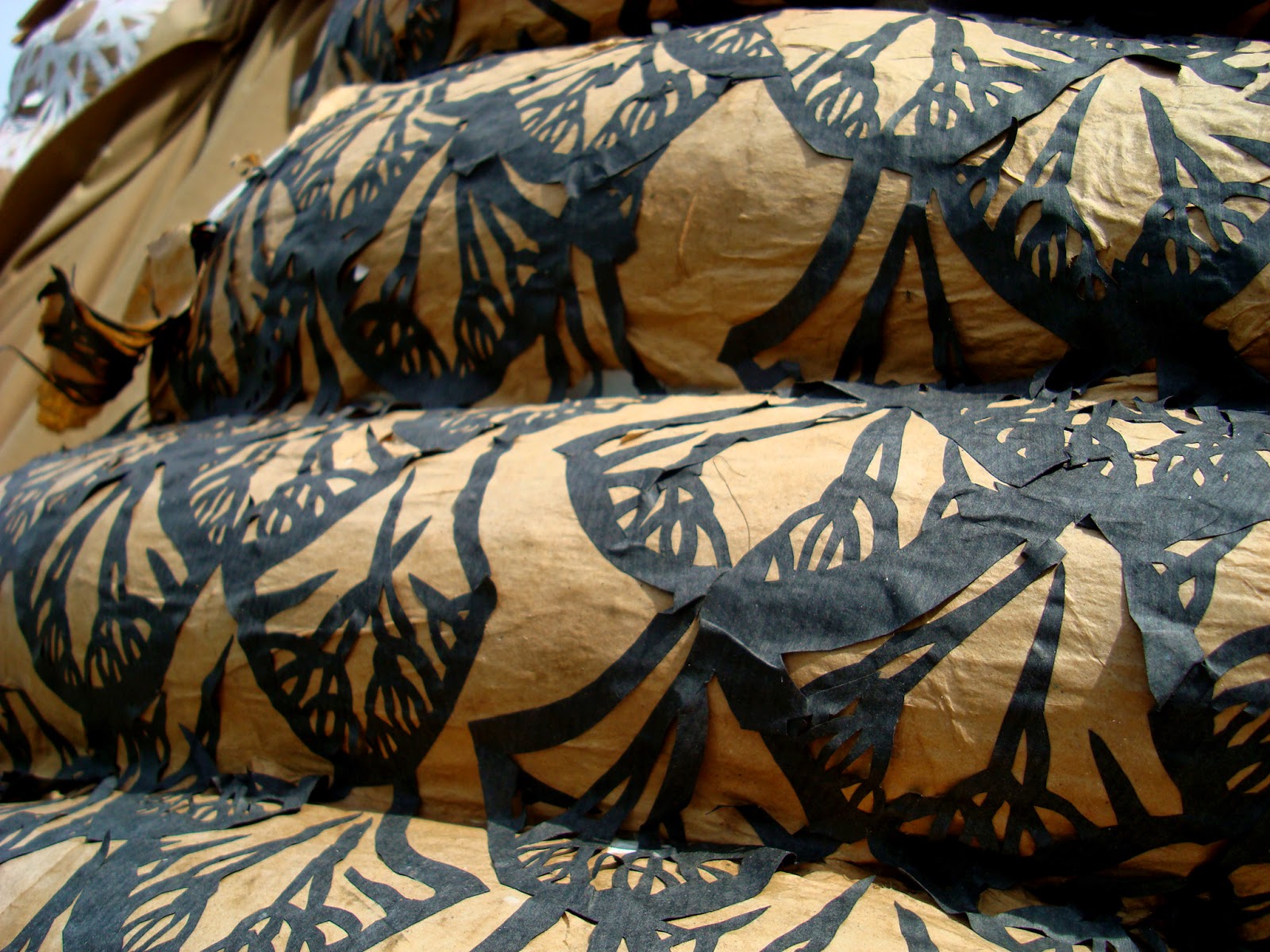 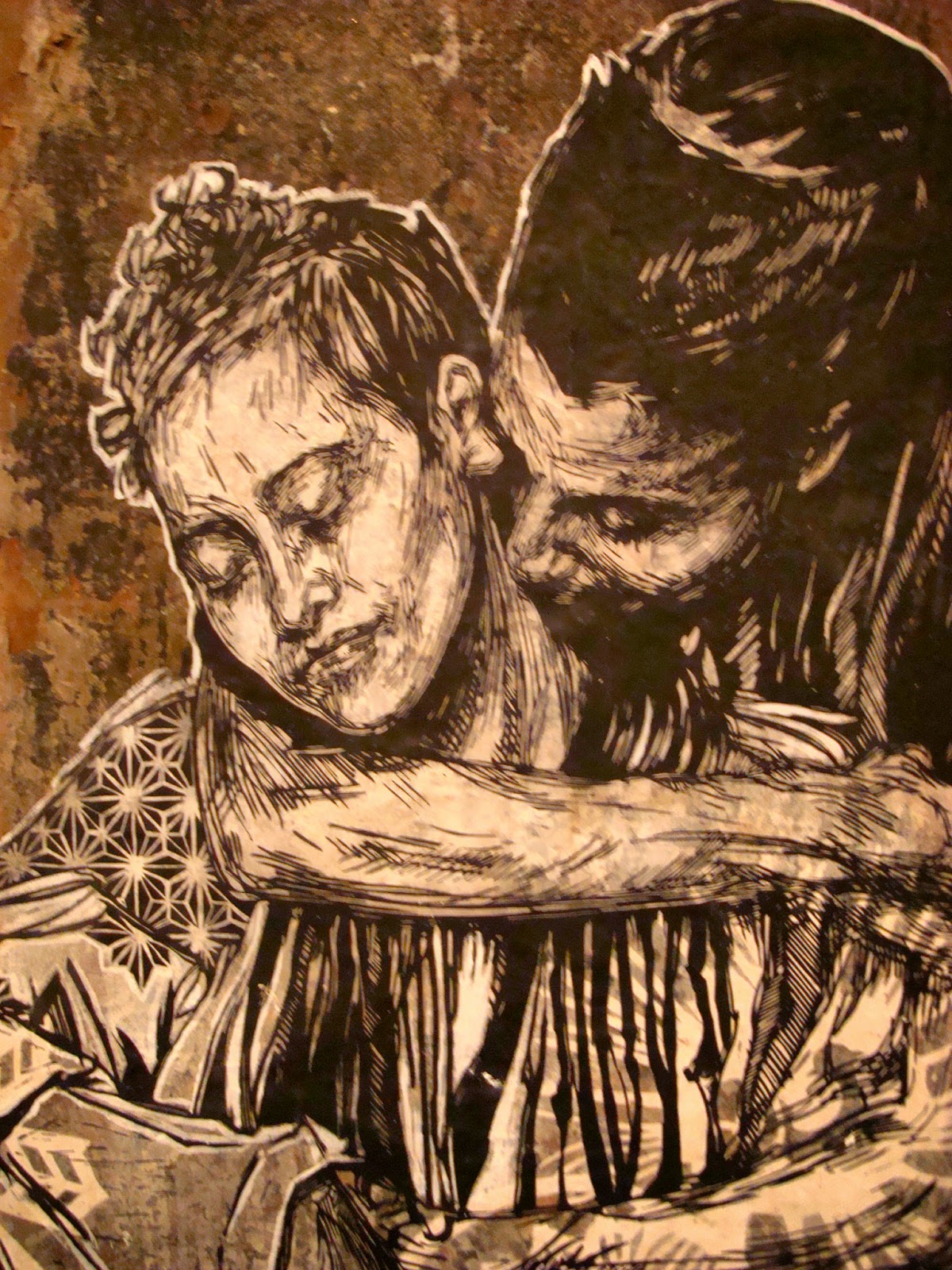 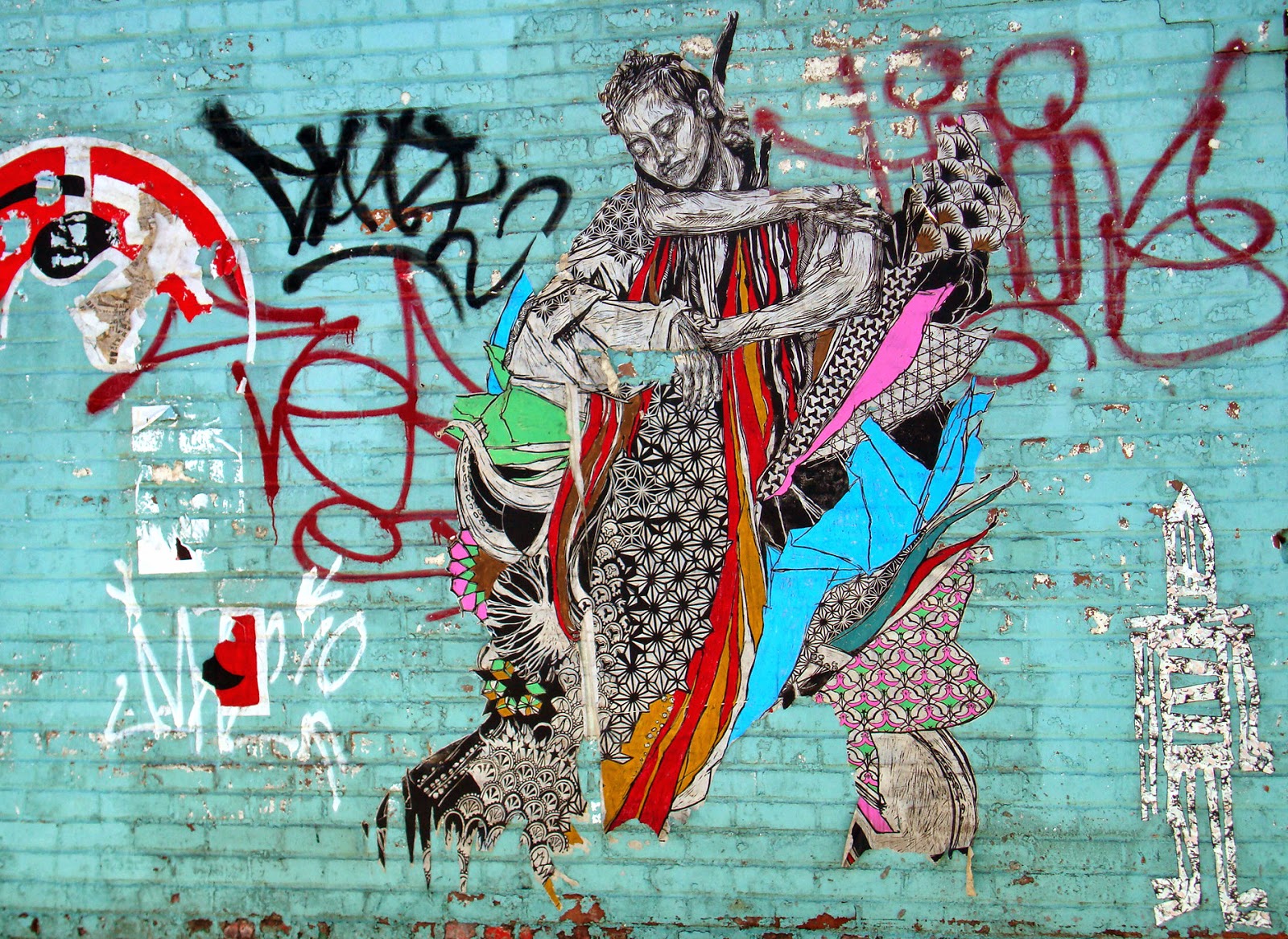 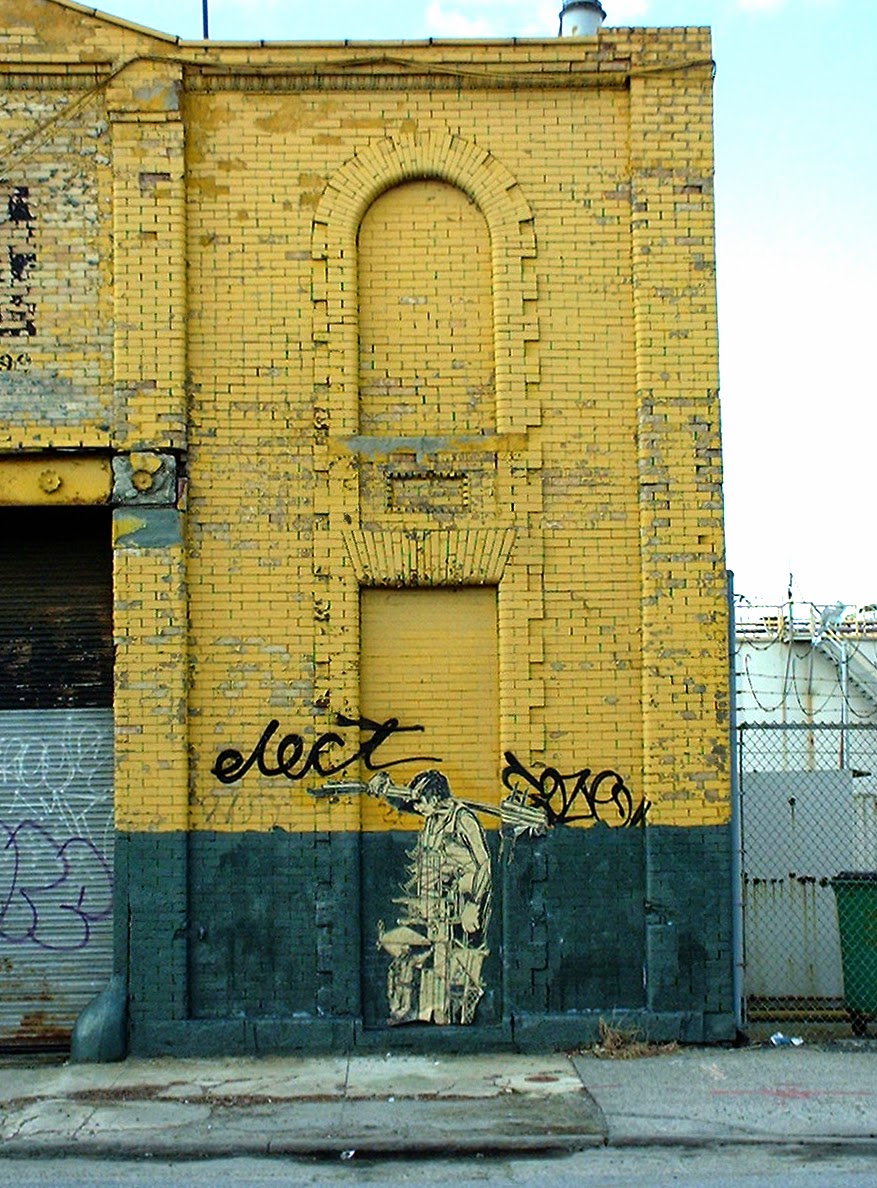 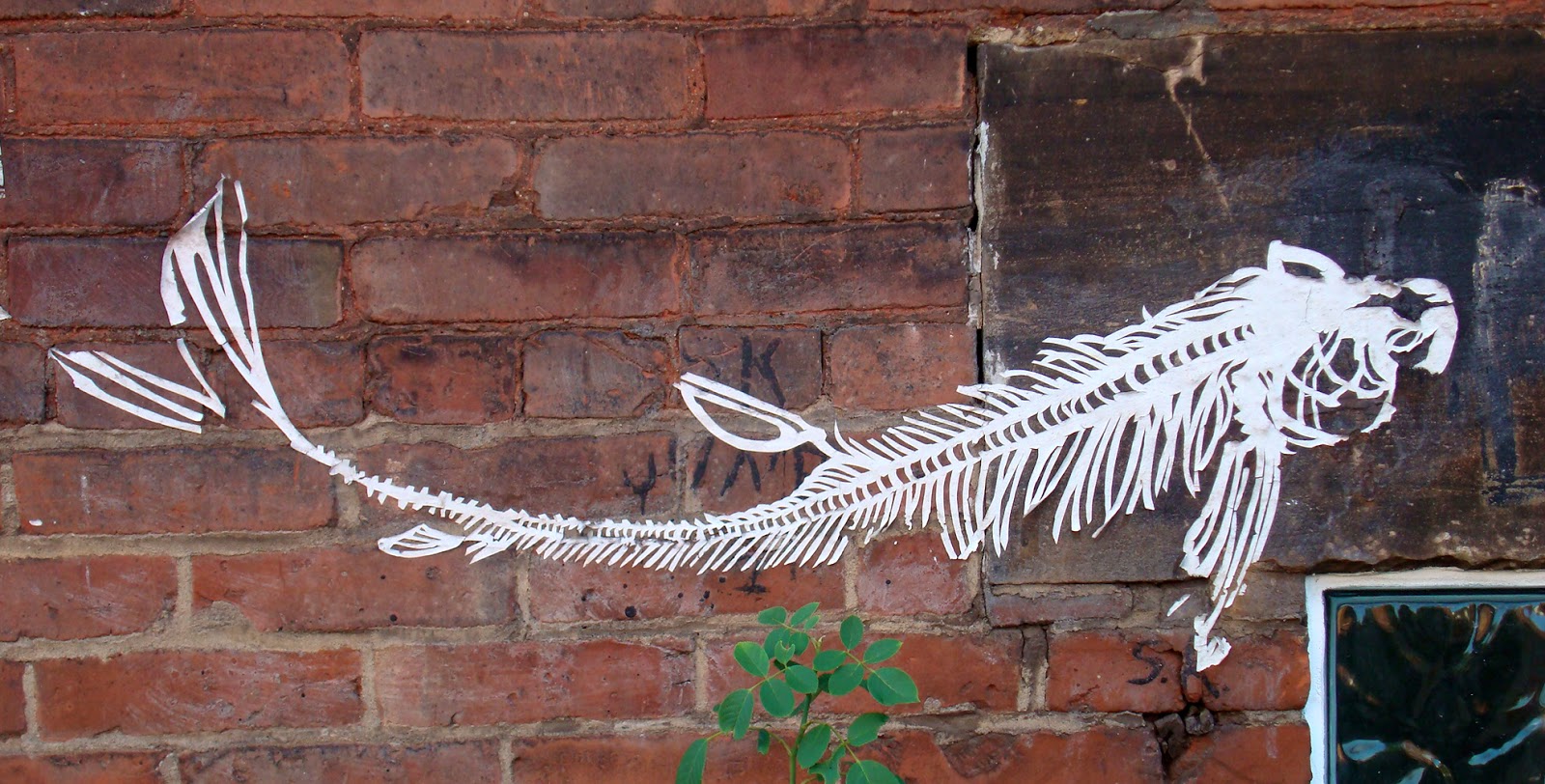