The Glass Art of Dale Chihuly - Film Review and Exhibit

Here is a bright dash of bold color for these hot summer days after combating those long winter blahs.....the film about Chihuly's exhibit at the V&A is a treat for the eyes- as is all of Chihuly's work. There are several movies about Chihuly's work, and as I suspected, they are all fairly similar. Each one offers site-specific installations from far-flung locales like Venice and Jerusalem. This particular movie follows the preparations for his exhibition at a famous London institution. With this show, held back in  2001, the museum broke its normal rules having a one-person show for a living, contemporary artist. 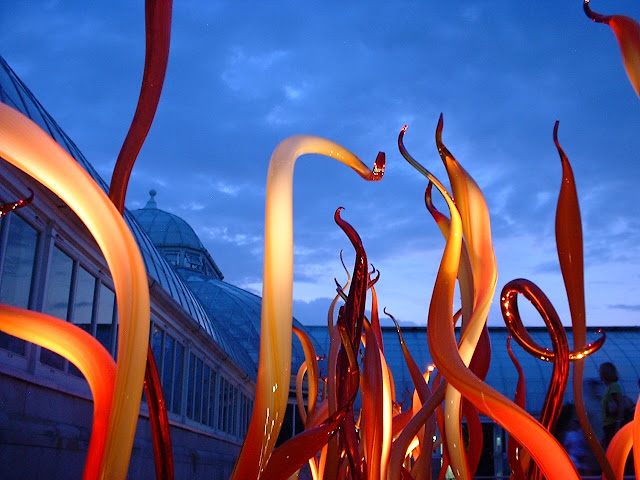 The artist is consumed with organic forms and surprises that take shape in the glass. He rarely uses tools and molds relying more on gravity and centrifugal force to create his glasswork- the more organic and unusual, the better. His work is based on the "happy accident" yielding even stranger, more embraceable biology. For this exhibit, he also broke with tradition, using molds and then later seeing where physics would take the resulting form. These creations are modern sculptures amidst the arms and armor in the medieval art section of the museum. Both Chihuly's work and medieval art are colorful and exhuberant. He views his work as a collection that is ongoing. He enjoys playing with natural light and water. As the forms are placed, Chihuly likes the viewer to wonder if the work is manmade or is it natural? He doesn't want it to be overly designed with predictible placement but rather looking like it grew there naturally. When it comes to production, he stresses experimentation and teamwork. 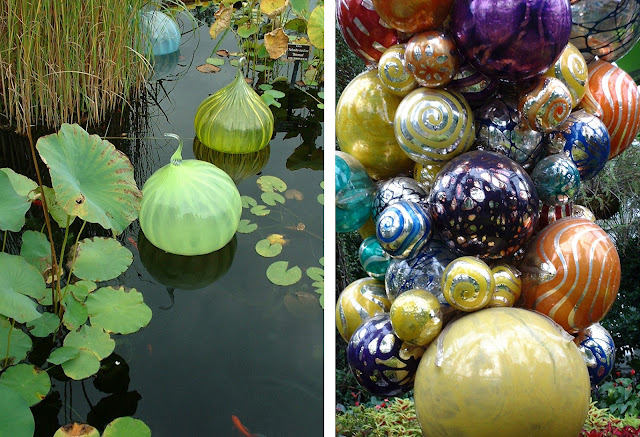 Back in 2006, I was overjoyed when Chihuly's colorful work was featured in a similar exhibit at the New York Botanical Garden in the Bronx. I went at night and again during the day to experience the exhibit in two different lights. As intended by the artist, I noticed the placement was natural. But somehow the organic forms were strange. They seemed to fit, yet were like nothing I had ever seen. Were they natural and real or some sort of alien life form that was placed in these gardens by an unknown hand? 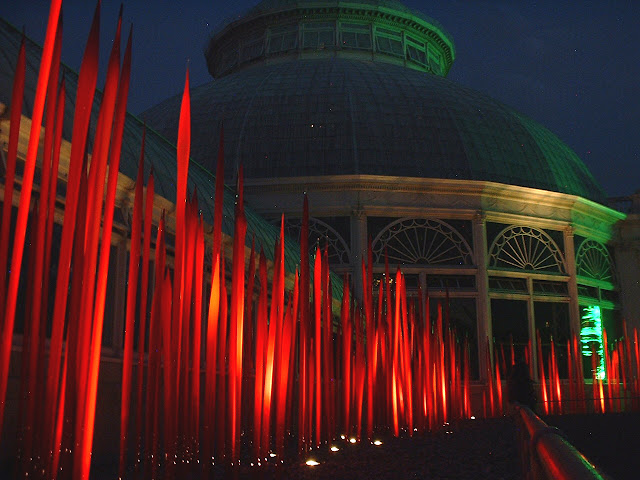 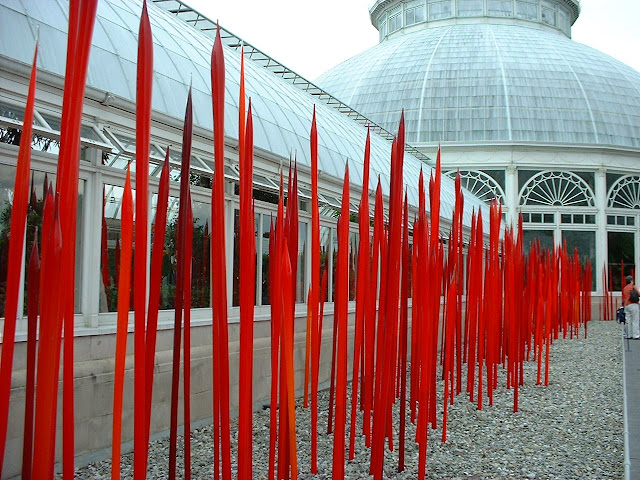 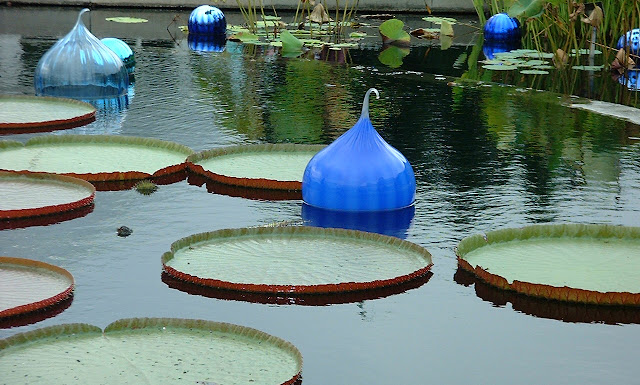 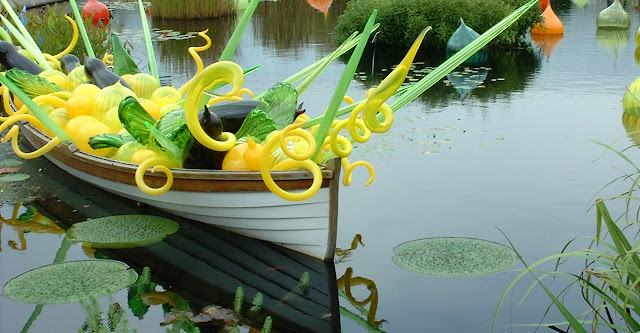 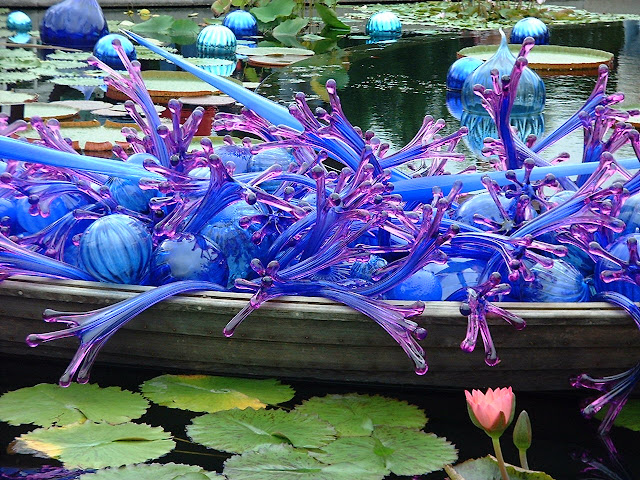 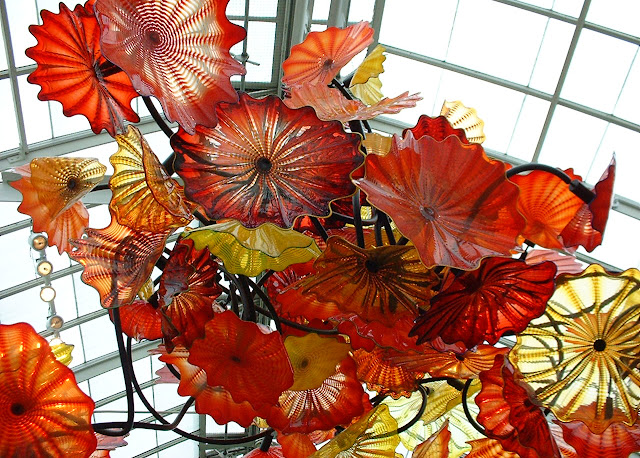 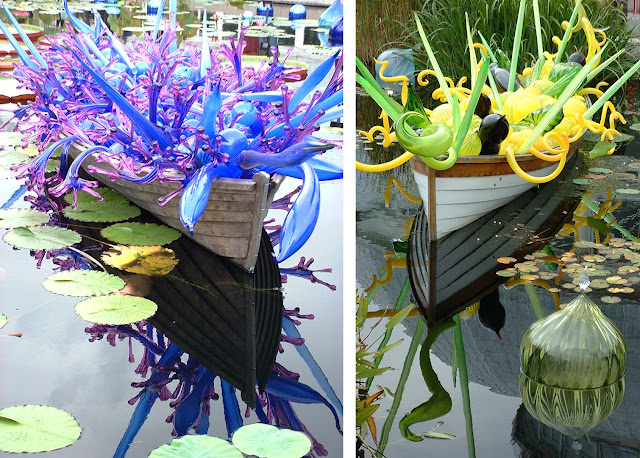 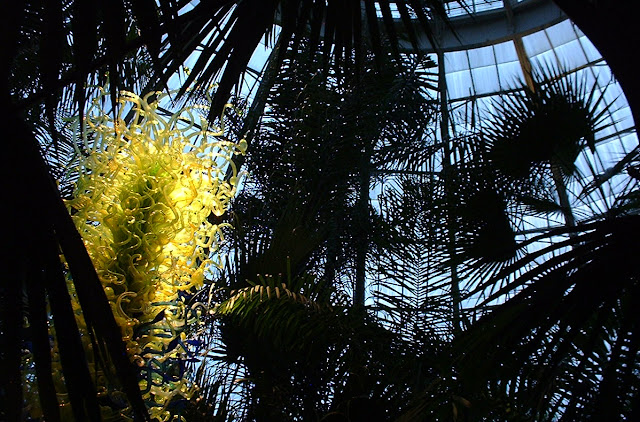 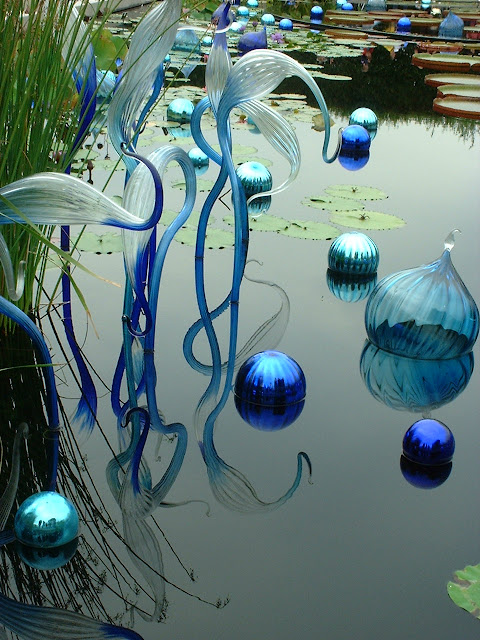