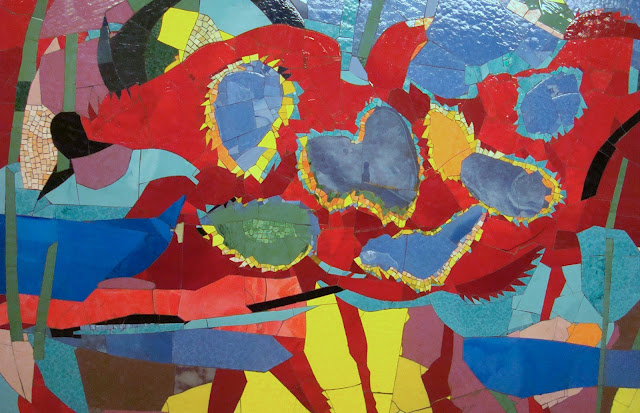 When I first moved to the Bronx, I immediately noticed the striking wall mosaics at 116th Street stop off of the Lexington Avenue Line that runs along the east side of Manhattan. As someone who loves vibrant color and favors circular forms, I was intrigued. As the subway car came to a screeching halt, and the doors opened, I was immediately transported to an art museum. 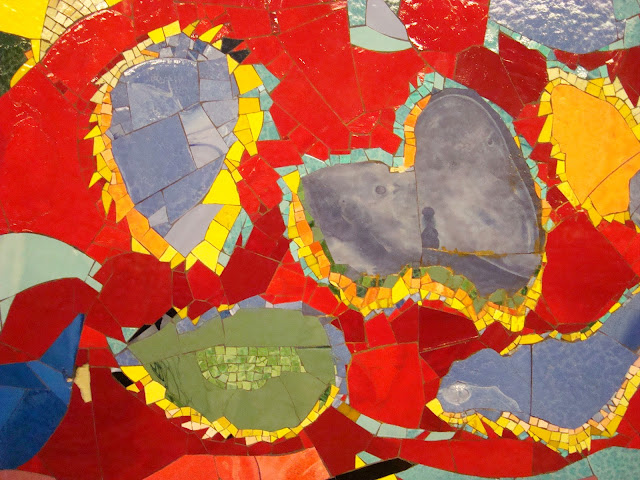 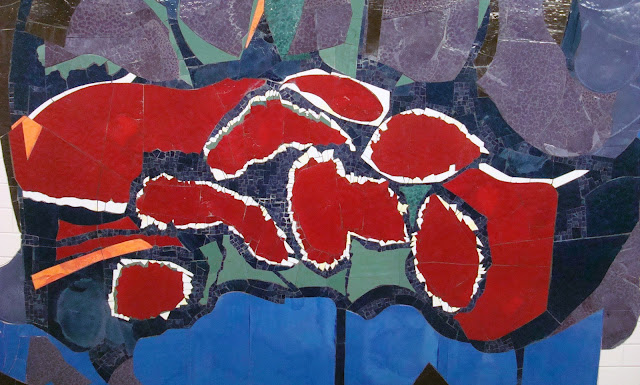 I promised myself that one day when I had some time, I would leap out and check out the entire station. The work didn't disappoint. Seeming more like paintings and torn pieces of paper, the work was modern and painterly not quite fitting the hard glass and smalti medium. The bold shapes and solid circles, again unusual for the medium, caught my eye unlike any other through the transit system. I learned that the work was by Robert Blackburn, a master printmaker (makes sense) and that this was his last contribution to the art world. It is part of the ever-growing Arts for Transit public art program funded by the MTA. 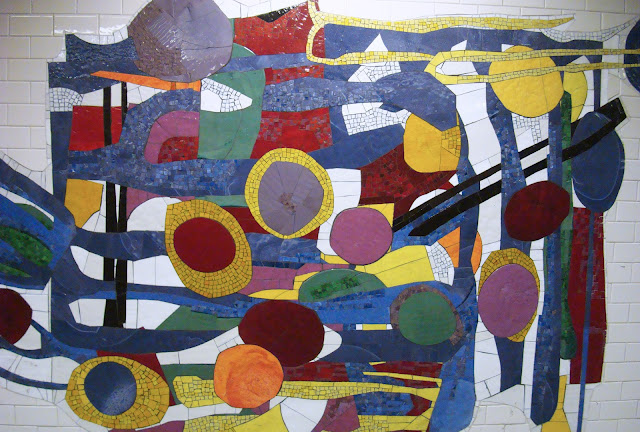 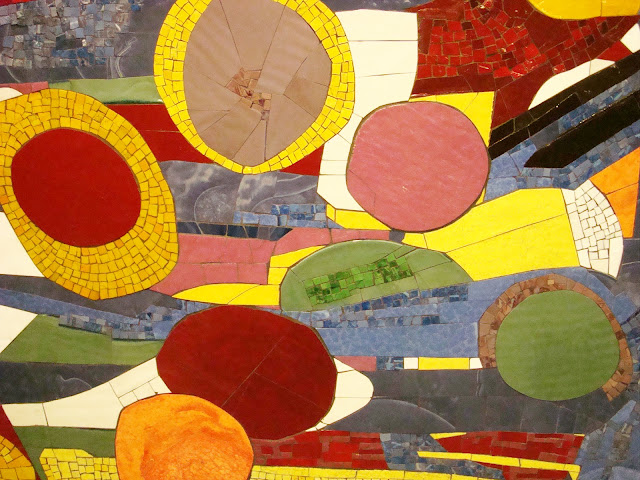 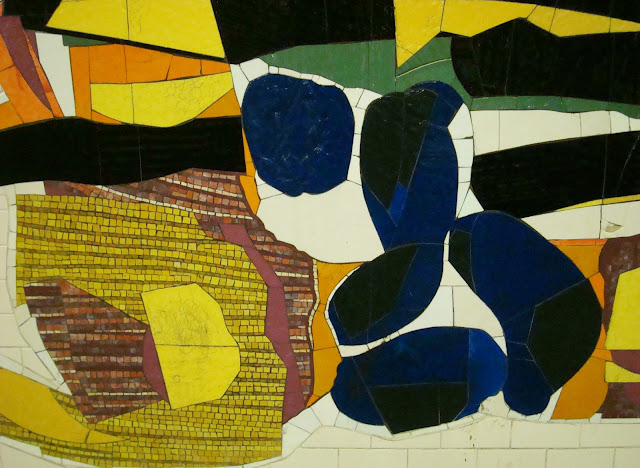 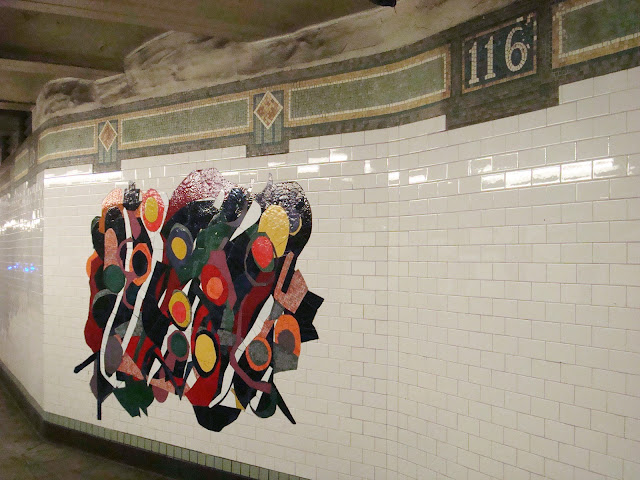 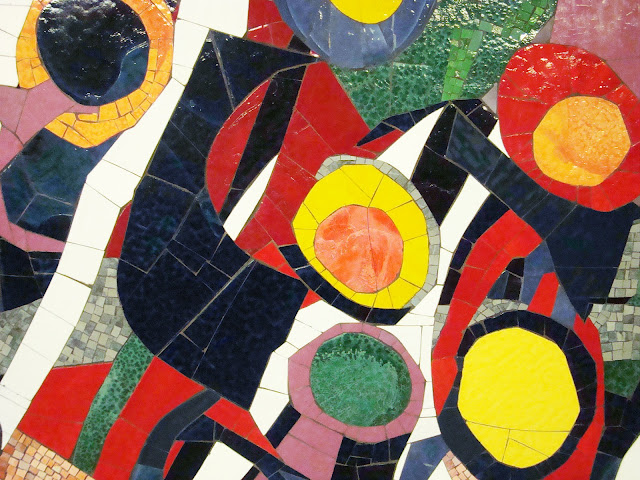 116th Street
ROBERT BLACKBURN
In Everything There Is A Season, 2005
Glass mosaic on platform walls
Robert Blackburn's dynamic abstract patterns rendered in mosaic suggests the color and movement of the streets above that the artist shapes into beautiful artwork for the subway station. A master printmaker, Blackburn was a founding member of the Printmaking Workshop in Harlem. In 2001 MTA Arts for Transit commissioned Blackburn to create a work for the 116th Street subway station in Harlem. In failing health, he chose artist Mei-Tei-Sing Smith, a Bearden Fellow at the Printmaking Workshop, to assist him on what would prove to be his last major project. Once completed, his maquettes were enlarged and manufactured into ceramic and glass mosaics. Blackburn died in April 2003.
The description above is from the MTA website. You can see this beautiful artwork off of the