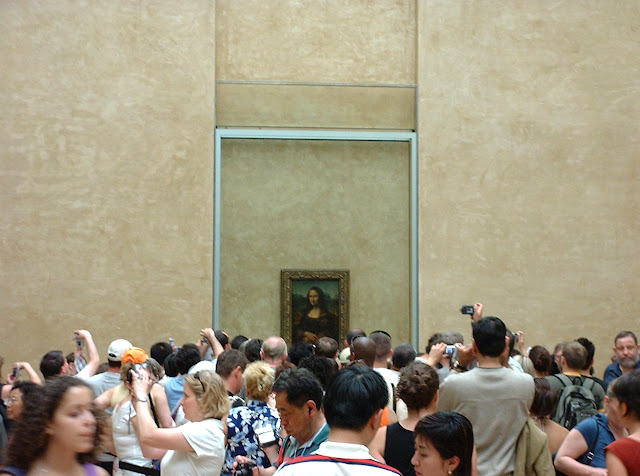 Mona Lisa's special display room, Louvre (Paris - May 27, 2005)
One hundred years ago today (also a very hot summer day in Paris), arguably the most famous painting of all time disappeared from the Louvre Museum. Although her true identity remains a mystery, she is known as Leonardo da Vinci's Mona Lisa or La Gioconda (dated c.1503-1506). I read the book, Vanished Smile, a few months ago thinking it was fiction based on reality. Though I went to graduate school for art, this event was strangely absent from the curriculum.

The book chronicles her mysterious disappearance through the periodicals of the day and makes for a very interesting read. Two days later, amidst turmoil and confusion, the new vacancy at the museum was the headline of all the Paris newspapers. The curious events surrounding her escape occurred at a time when security systems were lax; the advent of photography also played a big role. Her disappearance added to her world-renowned charm. Suspicion throughout the city grew worldwide. Even Picasso and his cronies were on the list of possible suspects. Who took her? How and when was she returned? Here's a hint, but I guess you'll just have to read all about it. 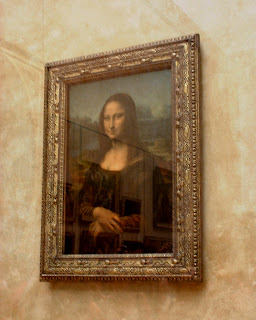 Today, she lives once again back at the Louvre in a special room with a multi-million dollar security system as she receives visitors who have to stand in line to get a short-lived glimpse of that famous enigmatic smile.
No comments:

Art on Governors Island - The Better Than Jam Pop-Up Shop

This summer, I'm selling some of my artwork with other New York Etsy artists on Governor's Island. We've taken over one of the yellow houses in Nolan Park. The house is filled with gifts for yourself or for others - beautiful things like ceramics, clothing, and photographs. You could also find anything from housewares to jewelry to affordable artwork. If you've been to Governor's Island before, why not check out some of the work by us local artists? And, if you've never been to the Island, don't wait too long- our big sale is only running for approximately another month! 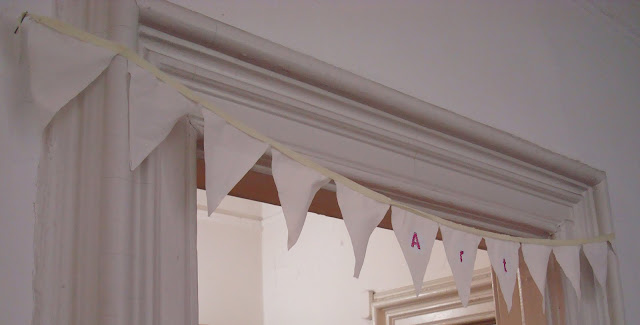 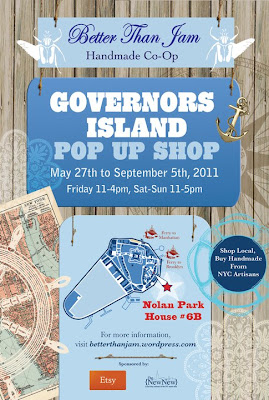